Who Are the Winners and Losers in Today’s Jobs Market?

USA News – Well we know after the hurricanes that blew through that roofers and other home contractors will be busy the next few months, but who else is winning in the US job market?

There was a silver lining behind the dark cloud that was Friday’s negative jobs number: At 4.2 percent, unemployment is at its lowest point in a decade.

However, a low jobless rate also means that employers have a smaller pool from which to select candidates — and job seekers don’t always gravitate to industries where positions need to be filled. So, which sectors are having trouble filling spots, and which sectors are still highly competitive? Who are the winners and losers in President Donald Trump’s economy?

Demand for positions in the health care industry continues to increase as the aging population in the U.S. grows. But although there are thousands of available jobs, not enough people are applying. Consequently, health care is one sector that’s seeing steady wage hikes as employers try to entice potential workers. 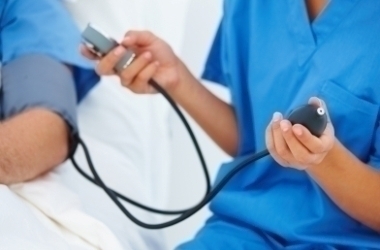 “Health care jobs, such as pharmacy technicians, registered nurses and certified nurse assistants are seeing increased wage growth, a trend that is likely being fueled by rising demand for care from aging baby boomers and an increased need for these roles on the front lines of the healthcare system,” said Glassdoor chief economist Andrew Chamberlain.

The unemployment rate for the health care industry is currently 3 percent, way below the national rate. According to data from the Bureau of Labor Statistics, there were 23,000 health care jobs added in September — and more than 300,000 additional jobs since the same time last year.

A 2017 report from Health eCareers showed that approximately half of health care employers surveyed anticipated hiring more professionals than in the previous year. It also showed the time it took to find qualified employees increased by 49 percent. The top four job postings are for physicians, nurses, nurse practitioners, and physician assistants.

No surprise here. September saw almost 3,000 retail jobs cut, with general merchandise stores decreasing by more than 30,000 for the year. Brick-and-mortar stores continue to lose business to online retailers, which account for more than 10 percent of all retail sales.

This year’s retail Armageddon has seen Sears, Payless, J.C. Penney, and even Toys R Us struggle to keep their doors open, and may not make it to the end of the year — resulting in even more jobs disappearing.

The upside of the clicks-not-bricks economy is that as online retailers increase their sales, they also need more workers. Those jobs are possibly balancing out the ones lost to regular retail — over the past year, non-store retailers added 29,000 positions.

In addition, these jobs tend to pay more, with an average wage of $59,000 in comparison to the $20,500 the average retail worker makes.

However, the sticking point with online retail jobs is that they are only available in certain areas. For example, the largest increase in these jobs was in Kings County, Washington — the home of Amazon.

Cosmic Intent and the Human Brain