Costa Rica Events – The Limon Carnival is being postponed due to the emergency caused by storm Nate.

The president of this carnival’s commission, Reymond Smith, confirmed that this is being done in respect for and solidarity with the Costa Rican people.

The decision was made Friday morning, at a meeting with the Limon Carnival Commission, Public Force, Ministry of Health, Senasa and the Fire Department. 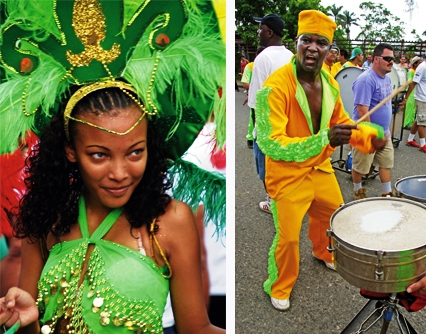 Since the fairground has already been prepared, the commission decided to carry out just a few of the activities planned for this weekend, such as shows and music, and ask attendees to bring nonperishable food to support those affected by the tropical storm.

The international concert remains scheduled for the 14th. The opening ceremony will be on the 11th.

For the rest of the week, we will see cultural activities, fireworks, parades, exhibitions, concerts, a comedy show, an artistic show, a car show and traditional sports.

Psychological Comfort Does Not Exist. To Be Disturbed Is Good

Who Are the Winners and Losers in Today’s Jobs Market?