Where Will European Satellite Crash Into Earth?

World News – The European Space Agency says that one of its research satellites that ran out of fuel will most likely crash to Earth into the ocean or polar regions. 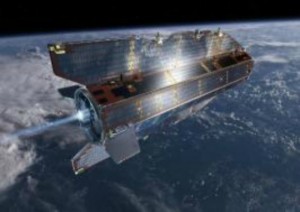 It says “with a very high probability, a re-entry over Europe can be excluded.”

Spokeswoman Jocelyne Landeau said the satellite, GOCE, will mostly disintegrate as it comes down and “we will have only a few pieces which could be 90 kilograms at the most.”

Jeffrey Kluger, editor-at-large for Time magazine told the “CBS This Morning: Saturday” co-hosts that people should be “a little bit worried, but not unduly so.”

“Whenever you have one ton of hardware coming down, no one knows where, that’s not a good thing,” he said.

Kluger said that the satellite was intended to orbit at 160 miles, but on Saturday morning it was at 105 miles, and it’s orbit was accelerating.

ESA said Friday that humans are 250,000 times more likely to win the lottery than to get hit by the debris.

GOCE was launched in 2009 to map the Earth’s gravitational field.

The ESA said on its website the satellite had tripled “its planned lifetime.

“With a sleek, aerodynamic design responsible for it being dubbed the ‘Ferrari of space’, GOCE has mapped variations in Earth’s gravity with extreme detail,” the agency said on the GOCE mission page. “Scientists further exploited these data to create the first global high-resolution map of the boundary between Earth’s crust and mantle – called the Moho – and to detect sound waves from the massive earthquake that hit Japan on 11 March 2011, among other results.”

The satellite will fall from a height of 224 kilometers, or about 139 miles.

Only in Costa Rica for Week of November 11th