What to Know; ‘Game of Thrones’ Season 3

Entertainment News – Game of Thrones has become one of the most popular series on HBO since The Sopranos.  Season 3 will begin tonight and viewers are getting ready to get enthralled with the drama that is Game of Thrones.  The HBO series, based on the five book series “A Song of Ice and Fire” by author George R.R. Martin, has been incredibly successful and has set a new standard for adult fantasy television. 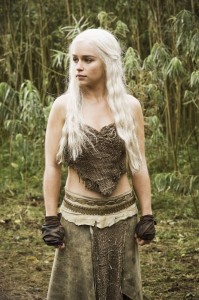 hard to keep every plot point buried when your show is based on a mega successful fantasy book series. But for non book readers going into this season with a clean palette, or book fans unaware of adaptation tweaks, here are some teasers for where season three is headed.

The first two seasons followed the events of the first two books in order: season one was book one, season two was book two (more or less). But for fans reading along, don’t be surprised when those lines start to blur. The third book, “A Storm of Swords,” will be split into seasons, but not directly down the center and not on its own. As the official previews show, there are scenes in the third season that aren’t in the third book at all. In fact, a certain scene with a hooded fellow being tortured is from book five, “A Dance With Dragons.”

Game of Thrones was already notorious for having one of the largest casts of characters on television. But don’t worry, even more newbies are about to pop up, and some of them are pretty fricken awesome. Get ready for Ciaran Hinds as Mance Rayder, the King of the North and new frenemy of Jon Snow; Richard Dormer as Beric Dondarrion, the leader of the Brotherhood Without Banners, a group of misfit outlaws who cross paths with Arya; Tobias Menzies as Edmure Tully, brother of Catelyn; Diana Rigg as Olenna Tyrell, grandmother of new queen-to-be Margaery; and Thomas Sangster and Ellie Kendrick as Jojen and Meera Reed, a pair of odd siblings who help Bran connect with his inner direwolf.

Last season left off with the tantalizing union of eunuch Varys and whore Ros, and the first episode back picks up on this newly formed business partnership. (Littlefinger is also in on their game.) But they’re not the only surprising unions this year. Lena Headey, who plays queen regent Cersei, told Entertainment Weekly that one of her closest allies this season is her brother, Tyrion the Imp (Peter Dinklage), whom she openly detests.

“It’s sort of an interesting dynamic between those two. They share a common ground because they’re both terrified of their father,” she says.

Meanwhile, Cersei’s twin brother (and lover) Jaime strikes up an interesting bond with his captor, Brienne of Tarth. When their trek to King’s Landing is interrupted by a violent gang of up-to-no-gooders, they’re forced to rely on each other for survival.

Ned Stark’s shocking death in the penultimate episode of season one was just a taste of the shocking carnage to come. George R. R. Martin’s books are themed around the brutalities and sacrifice of war, and season three will be no different. In fact, Weiss and Benioff teased that this season was so emotionally devastating, certain scenes left the crew in tears.

“And this is a tough, Northern Irish crew, you know, crying on set,” Benioff told AccessHollywood.com’s Laura Saltman.

Fans of the book will likely know the scene of which he speaks, one of the most frustratingly bleak of the entire series. But for all the sadness, expect incredible moments of payoff and retribution. There’s a reason “A Storm of Swords” is a big fan favorite: it’s loaded with gut-wrenching action sequences, character moments, and…

For a fantasy series, Martin’s books are pretty heavy on the politics and scant on the magical elements. The first two books, at least. Expect season three to ramp up the mysticism and elaborate on what we’ve already seen as far as dragons and transformations go.

Last season left off with Samwell running into an enormous hoard of White Walkers, the zombie-like ice monsters beyond the Wall. Season three picks up right where that moment left off, and if the trailers are to be believed, we’ll see more of the White Walkers this season than ever before.

Daenerys’s dragons will also be a focal point of the season, as the marketing campaign has proved. And Bran’s storyline, the most outright magical in the books, starts getting interesting with the appearance of the Reeds.

And while Stannis may have suffered humiliating defeat at Blackwater last season, remember that he has shadow baby sorceress Melisandre on his side. But the red priestess isn’t the only R’hollor worshipper turning heads this season: Paul Kaye has been cast as Thoros of Myr, a read priest with a knack for resurrection.