What to Avoid When Vacationing or Living in Costa Rica

Costa Rica News – Costa Rica is not by any means a dangerous place. It is probably the safest Latin American country. That being said, there are certain precautions you should take in any country, especially in cities. There are also some natural dangers near the water with very strong tides throughout the country at all times. 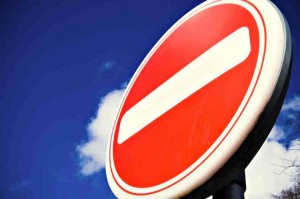 If you take only one piece of advice from this article it should be this: do not let go of your bags on the street for a second! The city is beautiful and has people who are always smiling and always willing to help but there is always someone in every crowd who intends to steal something. There is almost no violent crime in Costa Rica but stealing bags, wallets, cameras, etc. is very prevalent. If you sit down on a bench have your arm through the strap of your bag and your camera and money away!

Don’t do anything that would be a bad idea in your home city. It’s a rule of thumb that covers many “do nots.” Do not walk alone down a dark secluded street. Do not traffic illegal drugs. Do not exchange currency on the street. Do not walk around with your wallet open. Do not speak loud in a foreign language (like English!) announcing to the world that you are a tourist. Do not walk around drunk, making yourself an easy target. You don’t need to memorize this list, just think “would this be a good idea in my city?”

When taking taxis look for official ones. Don’t trust anyone who screams “taxi” at you. An official taxi is red with yellow triangles on the side that say the name of the province you are in, for example, San Jose or Alajuela. Pirate taxis are known to not have meters so they can charge you whatever they want and sometimes they set people up to be robbed. In an official taxi make sure the driver starts the meter, pay with small bills, and count your change. Watch that you are not driving in circles! While you will be safe in an official taxi, they still may rip you off by claiming to not have change or getting “lost” to keep the meter running longer. Learn the Spanish needed to communicate with taxi drivers!

When you leave the city make sure to be respectful of nature. What might appear to be public land could very well belong to someone! Don’t throw garbage and contaminate this natural beauty, please! Stay off roads that look dangerous or have warning signs. Drive slow because roads curve a lot and conditions change rapidly! Don’t drive through rivers just because you saw it on TV or saw a local do it.

Temperature and currents change rapidly in all parts of Costa Rica. Rivers become too strong to swim through instantaneously. There are no lifeguards at most beaches. Don’t assume that you are a better swimmer than all of the people who have been caught in tides! Stay near the locals, extremely close to the shore, and ask around to find out which beaches are safer than others.

Tico Businessman Offers to Buy the Valencia FC of Spain

Gone in 60 Seconds Costa Rica Style or Inside Job?

I sure hate crossing those, few wider city streets with such deadly and wild traffic. Editor Dan, do you really for one minute think that you can get the corrupt govt here do do anything? They won’t even install much needed traffic lights and pedestrian crossings in so many places where they are sorely needed, and those awful potholes, or uncovered street sewers and manholes. And the only traffic enforcement is for speeding on highways and inner city parking violations, every other traffic violation practically goes unsanctioned, especially reckless driving.

I can try, although there is a lot of corrupt money standing in the way. The Border trail is a huge example of the government misappropriating funds, not to mention the fact they are allowing shark finning in the waters. We can only try to change them, but the legal system backs corruption so it will be an uphill battle. Unless there is a governmental audit nothing will ever happen, unless we can draw the attention of someone with a lot of money to battle the Chinese investment money coming in to CR. All I can do is write what I think will help and see if anything changes.