World News – To try to ensure that people sign up for coverage, the Affordable Care Act carries complex penalties for those who remain uninsured that could cost them hundreds, or even thousands of dollars. Some 6 million people could be hit with these fines in 2016, forking $7 billion over to the federal government, according to the Congressional Budget Office. 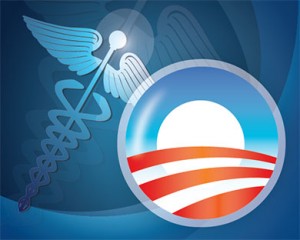 Here’s how the penalties will work:

Uninsured adults will either pay a flat fee for themselves and their children or pay a share of their income, whichever is greater. The penalty is pro-rated if people have coverage for part of the year, and they won’t be liable if they lack coverage for less than a three-month period during the year.

The penalties start relatively small, but ramp up within a few years. But there is a limit. They cannot exceed the national average premium for bronze coverage — the cheapest plan tier — in the state-based exchanges.

Those amounts could be enough to convince some people on the fence to sign up for coverage, said Linda 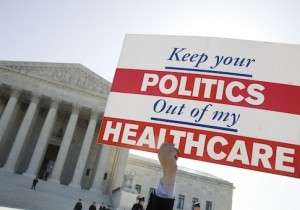 “People don’t like to throw money away,” she said. “Most people want health insurance. If they pay the penalty, they get nothing in return.”

The majority of the uninsured will be low- or moderate- income folks, according to the Congressional Budget Office. About 4.1 million are expected to make less than 400% of the poverty level, or roughly $48,000 for an individual and $98,400 for a family in 2016.

Not every uninsured person will be subject to the penalty, however. In fact, 80% of the 30 million Americans expected to lack coverage in 2016 will be exempt from the mandate, according to the Congressional Budget Office.

Among those exempted include: undocumented immigrants, Native Americans and those who earn too little to file tax returns. Also, people who would have to pay more than 8% of their income for health insurance and poor adults who live in states that are not expanding Medicaid also aren’t subject to the penalty. The uninsured can also file for hardship exemptions.

The fines should prevent some of the uninsured from just flouting the rules.

“The penalty is to reinforce behavior on the margins,” said Karen Pollitz, senior fellow at the Kaiser Family Foundation.

So how will the penalty be collected? Through your tax return.

But if some folks want to remain uninsured, it could be tough for the Internal Revenue Service to get the penalty. That’s because Congress did not give the agency the authority to prosecute those who don’t pay, a power it does wield over those who don’t pay their income taxes, said Jay Angoff, a partner at Mehri & Skalet law firm who worked on health reform in the Obama administration.

Those who are owed money could see their refunds docked by the penalty amount. Others, however, will likely just get nasty letters.

“The penalties have little teeth,” Angoff said. “Congress didn’t give the IRS too much power.”