There is a lot of talk about illumination these days, most of it throwing little light on the subject. The interest no doubt reflects a hunger for spiritual sustenance, as religions and beliefs slide into the ash heap of history. But can a discussion of illumination produce anything more than a halo effect for the innumerable gurus that have opened shop in the West? 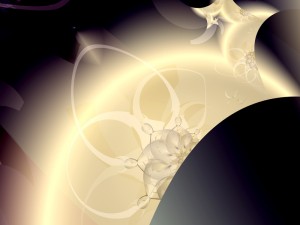 My basic premise is that illumination is a real phenomenon, requiring great drive and diligence to attain. In other words, I’m not of the popular school that ‘we’re all illumined but just don’t know it,’ or ‘there’s no such thing as enlightenment; there’s just being in the moment.’ On the other hand, I’m sure that the pursuit of illumination as an idea or an end causes it to recede away from one.

So what is illumination? The time for clothing and cloaking ‘enlightenment’ in the mists and myths of Eastern tradition has passed. Buddhism may have left a trace of the perfume from the creative explosion at the time of Siddhartha, but it’s a vastly different and rapidly changing world now, both in the East and the West.

Science is now man’s milieu, not tradition and theology as in the past. Through science humankind is discovering the mysteries of the cosmos. Therefore if illumination has any actual meaning, it will have to be conveyed in the language of science.

That doesn’t mean science will encompass the phenomenon of illumination, much less provide its context. The awakening of the individual and humankind comes first; then illumined human beings will throw new light onto the scientific enterprise.

As things are going however, science is increasingly serving greed and profit, rather than the extension of knowledge. 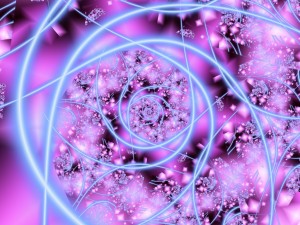 The technologies that science is exponentially generating are not producing wiser human beings, but abetting the ignorance of humans. In addition, as someone I read today said: “The tools for untold good or evil are available.”

Human consciousness, a byproduct of the evolutionary mechanism of ‘higher thought,’ is inherently separative and accumulative. Science is a rightly cumulative endeavor, though it needs periodic revolutions to refresh its discoveries. But accumulation in consciousness per se is suffocating the human spirit. With attention to the movement of the content of thought/emotion, consciousness as we know it gives way to another order of consciousness altogether, flowing from direct perception and insight.

Consciousness based on thought is a function of psychological time. And with the effortless silencing of thought in attention, the human brain contacts a timeless dimension. The ‘temporary’ experiencing of timelessness isn’t illumination, but it is an intimation of it.

Taking time to sit quietly, and undividedly observe the movement of thought, the mind falls silent. The brain then contacts the infinite, and is cleansed and renewed. 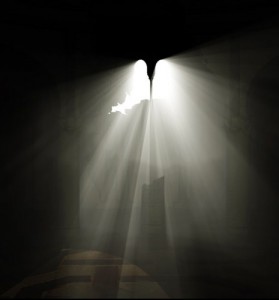 Meditation effortlessly gathers attention, which then acts without direction or control. Piercing like a laser through the material of content- consciousness, it allows the light of creation to stream through one.

So is illumination the breakthrough event when all blocks and accretions irrevocably fall away, allowing an uninterrupted flow of perception, insight, and radiance in the individual?

Perhaps it is as H.G. Wells said of Siddhartha Gautama, “when the mind grapples with a great and intricate problem, it makes its advances, it secures its positions step by step, with but little realization of the gains it has made, until suddenly, with an effect of abrupt illumination, it realizes its victory.”

After a few months without rain the late summer hills are desiccated, appearing as a shimmering sea of brown grass as I look out over the hills. As I make my way up the canyon, the stream flows by, strong and clear and cool just a few meters away.

Preceded by her two dogs, I pass a happy pregnant woman, her bare, late-term belly protruding. A few hundred meters on, a mother and young daughter are also returning from a morning hike, the girl looking hot, tired, and bored. It’s just past noon, and when I say good afternoon, the mother glances at her watch and replies, ‘Well it is afternoon isn’t it?’ The little voice of the daughter trails behind, “What did that man say?”

Taking long, quick strides along the mostly flat trail, I walk a couple miles in to a spot where the creek is waist deep. I strip down and dive out across the surface, my hands lightly touching the stones on the bottom. I swim and float back and forth, with and against the gentle current, on top and under the water.

The water is cool, and I can hardly believe how good it feels. If there is any real meaning to baptism, returning to innocence and being cleansed anew, this is certainly it. After a few minutes in the sun, I find a shady spot to sit and observe the outer and inner movement.

Thoughts and thinking continue for a while, but the pungent smell of dirt, water, and plants soon penetrate and become primary. The music of the water enters and breaks up the continuity of deliberation, and even deeper questions yield to the silence of observer-less observation.

Thought surrenders; the brain grows still; and the mind touches realms beyond knowledge and knowing.