Eighteen months ago, Edgar Robles, superintendent of pensions, accused the Social Security Fund (CCSS) of “doctoring” the numbers to create an illusion of sustainability of the Disability, Old Age and Death (IVM), responsible for managing contributions of more than one million workers and pay pensions to 180,000 beneficiaries. 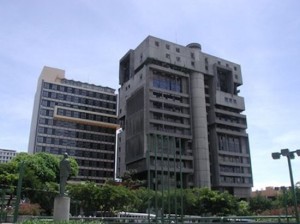 According to the Fund, the reserve will begin to decline in 2028 and hit bottom in 2040 if not taken corrective way. The Superintendent of Pensions (Supen) paints a bleaker picture: the regime will face challenges from 2015 and will run out in 2025. In these conditions, corrective, high political cost would be much more urgent.

The complaint Robles was in the midst of a legislative committee, where confronted with Luis Guillermo Lopez criteria, clerk of the CCSS, who held the official thesis. In addition, the insurance institution refuses to exercise the powers Supen watch on IVM and difficult to access necessary information, according to the superintendent.That fact fuels the uncertainty. In the words of Deputy Marielos Alfaro, “as more listening, more doubts.”

Now, doubts invade the Comptroller General of the Republic, who in a recent study found “weaknesses” in the management of the reserves accumulated by the IVM. According to the Comptroller, you may “is not properly reflect the economic and financial regime.” That is also suspected Robles.

The Comptroller found from accounting errors related to mortgage loans and accounts receivable to operational risks in the fund’s investments. The Fund generally accepted the findings and claims amends. Robles insists on the cosmetic changes.

The superintendent has expressed concern about fundamental aspects of the scheme and assumptions used by the Fund to make projections. Supen cites in support of his thesis the report submitted by the firm Nathal and Associates, to which the Fund remains valid. The firm is internationally recognized and presented an analysis to the satisfaction of the Superintendent.

An average worker, Robles explained to Members in January 2011, is listed ¢ 23.9 million over their working lives and then receives more than ¢ 41 million as a pensioner, given the current retirement age and long life expectancy in the country, one of the most advantaged in this indicator. In the end, the contributions represent 58.4% of the benefit.

Robles also criticized the increase in the affiliation of independent workers and incentives for such membership, which is much cheaper. Other issues less relevant to the essence of the problem, aroused controversy and led to intervention by the Pensions Management, but the box always worked late and under pressure, taking away credibility to its transparency.

These topics include excessive recruitment of staff in the Pension Management, the payment of bonuses with money out of stocks, the share of IVM in the “shield plan” and the possible investment of its resources through the World Bank. Now they account for accounting errors detected by the Comptroller and warned operational risks in investments.

The case is unprecedented. The Superintendent of Pensions, a consultant of international standing, the legislative committee and now the Comptroller General of the Republic expressed doubts about the sustainability of the pension fund’s largest country, an indispensable element of social stability.

There is also a long string of incidents that cast shadows on the management of the fund. However, nothing happens and the box is hiding behind their autonomy to control, as far as you can, the information required for analysis.

Transparency should not be a sovereign choice of the entity. We all deserve to be certain about the finances of IVM, but that knowledge leads to action difficult and politically costly.