Watch the Horrifying Video of the Sinking of Costa Rica’s Pura Vida Princess; No One Held Responsible

Costa Rica News – 99 vacationers boarded the Pura Vida Princess, a 100-foot catamaran, at Playa Herradura on Costa Rica’s central Pacific coast for an all inclusive day trip to Tortuga Island. Roughly 30 minutes later, at about 8:40 a.m., the ship issued a distress call and quickly sank in high winds and rough sea off the coast of the beach town of Punta Leona. Three passengers died.

The cause of the accident is under investigation by the Judicial Investigation Police and the Prosecutor’s Office, but unusually strong winds across Costa Rica are pointed to as a likely cause. Wernen Stolz, chief meteorologist with the National Meteorological Institute, said that gusts reached more than 60 kph.

Although there was a warning for spring winds the boat went out on the seas anyway and the sinking caused 3 deaths.  Why has no one been held responsible?

The horrifying video, filmed on a GoPro by 21-year-old Alexis Esneault, shows the boat tipping over as water quickly consumes the upper deck. 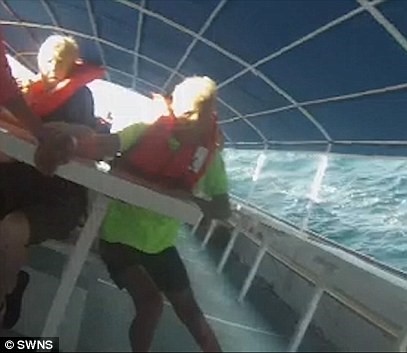 “At first I had no idea it was so serious. As long as we could have our Margaritas, I was fine,” Esenault old The Sun. “But then very quickly it became clear that there was a serious problem. People were sliding down the boat and screaming. It happened very quickly.”

Panicking passengers in lifejackets were quickly consumed by the surging water, trapping several of them under the canopy of the catamaran. The three elderly people who died in the incident are identified as Briton Ivor Stanley Hopkins, 80, American Edna Oliver, 68, and Canadian Sharon Johnson, 70.

Prior to departure, the National Meteorological Institute had issued a warning about strong winds in the region, but authorities said the boat was properly permitted and authorized by the port captain to set sail.

Our thoughts go out to the friends and families of the deceased.

From The Inerita.com, Edited by Dan Stevens

How To Survive During a Dark Age