Costa Rica News – Nowadays, people cling to objects that belonged to our ancestors as a way to honor their memory and even have them around, even if it is no longer possible. 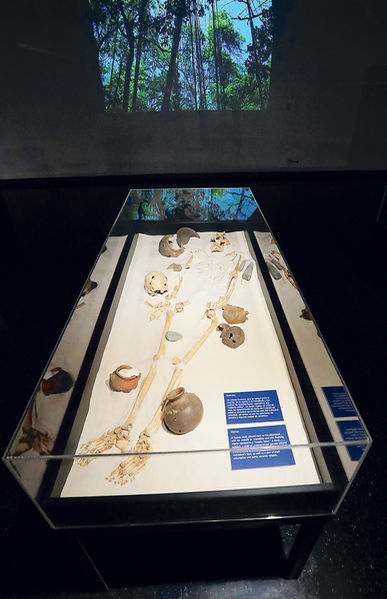 That feeling is not very different from the people who lived in the Valle de Jícaro (Jícaro Valley), located in Bahía Culebra de Guanacaste (Culebra Bay, Guanacaste), more than 1,000 years ago.

Villagers of the Jícaro Valley dressed with their ancestors. Objects, like bracelets and combs, were made with bones and teeth of ancestors to honor their memory.

The skeletal remains of Mesoamerican Indians who settled in Costa Rica centuries ago, are being exhibited to the public for the first time since their discovery near the Pacific coast in the northern part of the country.

The Museo de Jade (Jade Museum) exhibition Vida y Muerte en el Valle de Jícaro (Life and Death in the Jicaro Valley), dates the arrival of these settlers to between 800-1,300 A.D. Their customs and physical characteristics suggest a Mesoamerican descent.

“Sometimes we see the pre-Columbian times as dark, but the truth is that there was a lot of light. People had a lot of color, valued the family and celebrated life, “said Virginia Novoa, an archaeologist at the Jade Museum.

The script of the sample is based on the investigations carried out between 2005 and 2008, by the archaeologists Felipe Solís and Anayensy Herrera, which were sponsored by the Ecodesarrollo Papagayo company.

How Becoming a Better Dater Can Help You at Work