Costa Rkica News – The group Marfil was recognized in a Gala for the National Prizes of Culture. 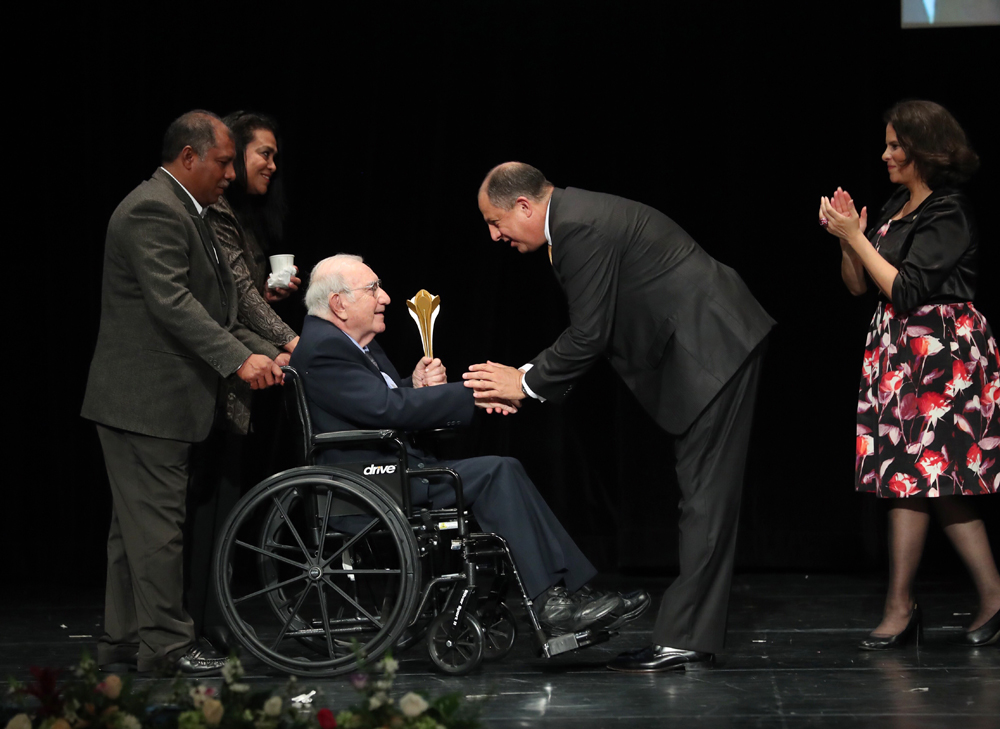 They are the actors of “A Midsummer Night’s Dream.” During the ceremony they performed one of the scenes from it.

The group brought tropical rhythms to the stage and represented the flavor of the sand and sea, as they have time and time again over decades of a contribution to culture. They recieved the National Prize named after Emilia Prieto.

Then President Luis Guillermo Solis gave the Magon recognition to the doctor Juan Jaramillo Antillon. He was awarded this prize for his humanistic thinking as well as contributions as an academic and health professional.

At age 81, he had been nominated several times already. He said he just wanted to help his patients, students and Costa Ricans.

He thanked his wife for doing the hardest job, that of a mother, and his children.

Would You Like to Be a Volunteer Costa Rica Police Officer?