World News – Amazing that “El Chapo” was put in a cell with an exit? Coincidence? Probably not……

The camera was watching when Mexico’s most notorious drug lord, Joaquín Guzmán Loera — known as El Chapo, or Shorty — casually walked across his cell, crouched and broke out of prison through a hatch in his shower.

Mr. Guzmán, leader of the multibillion-dollar Sinaloa Cartel, had evaded prison for 13 years before he was captured last year by American and Mexican authorities at the seaside resort of Mazatlán, Mexico. He is notorious for ordering the construction of tunnels both to transport drugs and to evade the authorities.

In the video, he is seen crouching behind a partial wall meant to give prisoners privacy while showering — and then he is gone.

The authorities discovered a hole, about 20 inches on each side, in the shower floor. About 30 feet beneath it, they found a tunnel about a mile long, equipped with lighting, ventilation and a motorcycle on rails used to transport the earth displaced by the grand dig.

The tunnel, which was tall enough for Mr. Guzman to stand up in, ended at a construction site.

The government has begun a widespread search to recapture Mr. Guzmán. The head of the maximum security prison has been fired, as have a host of other officials involved with the nation’s prison system. More than 40 guards and staff members at the prison are also being questioned.

“It’s kind of like a joke,” Carl Pike, a retired Drug Enforcement Administration official told The New York Times on Tuesday. “ ‘Gee, a tunnel. Who would have thought?’ It’s kind of a no-brainer.” 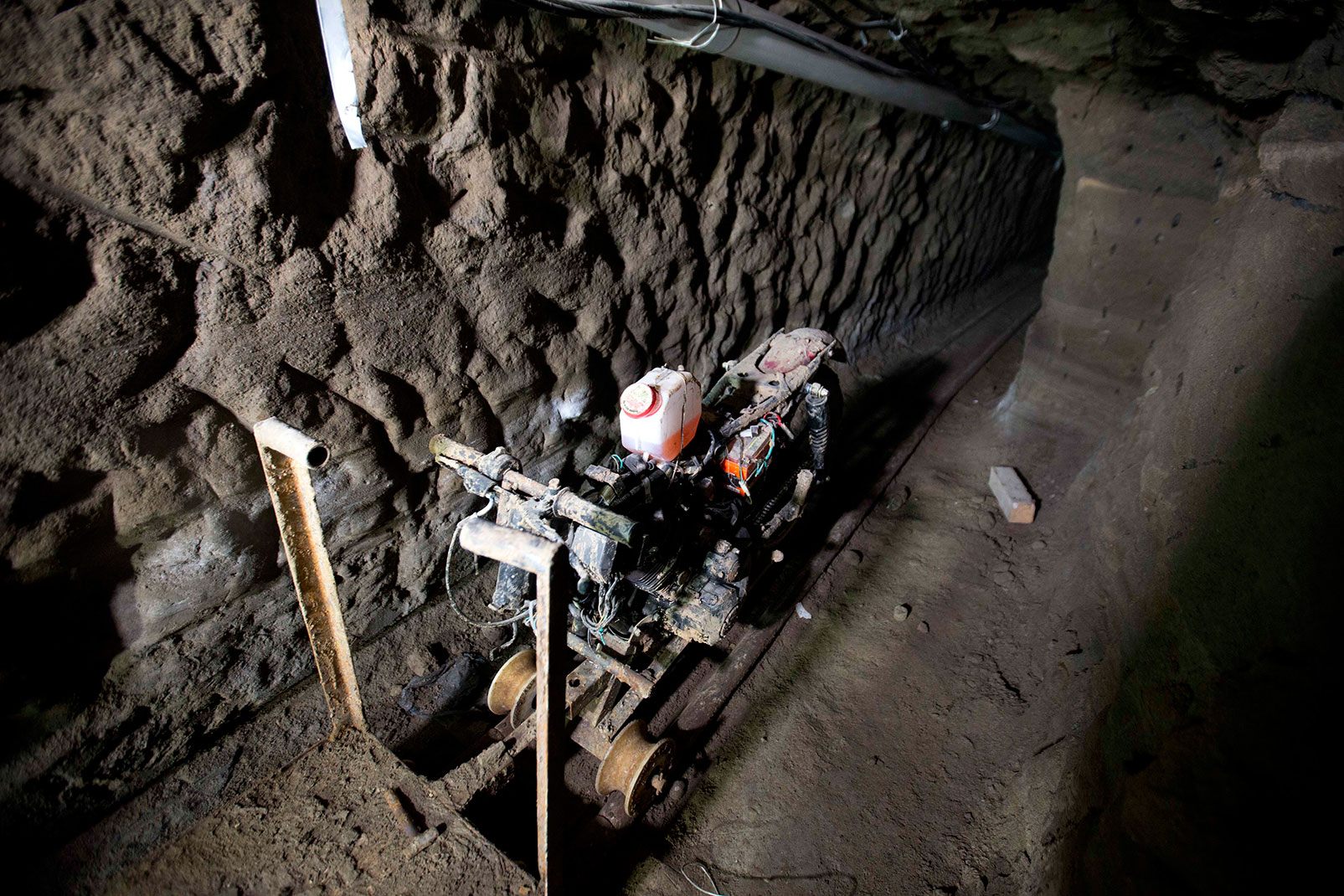 American officials have offered a wide variety of aid to help in the manhunt for Mr. Guzmán, including drones, marshals, even a special task force.

But officials on both sides of the border say that the Mexican government has kept the Americans at bay, without responding the offer of help, confounding law enforcement officials and stalling efforts to recapture Mr. Guzmán.

Mexican officials, who spoke Tuesday night about the prison video, said they had found nothing odd or out of the ordinary about Mr. Guzman’s behavior before his flight. But moments after Mr. Guzmán passed through the opening in the bathroom area, he vanished from the video feed, the prison and Mexican custody – for the second time.

By some accounts, the last time Mr. Guzmán escaped, in 2001, he hid in a laundry cart.

Mr. Guzman is perhaps the best-financed fugitive in the world. Forbes magazine once estimated his wealth at nearly a billion dollars. With the resources and loyalists available to him across the country, his recapture will be a tall order.

The government has deployed hundreds of people across the country to monitor roads, airports and transit hubs.

United States Drug Enforcement Administration documents show that the agency warned Mexican officials 16 months ago about an escape attempt, immediately after Mr. Guzmán was caught, according to The Associated Press.

A Portal to the Immeasurable