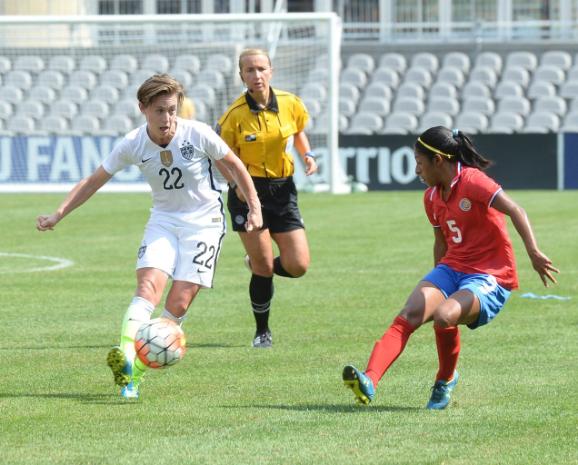 The U.S. Women’s National Team will begin its quest toward qualifying for the 2016 Olympic Games when it takes on Costa Rica on Wednesday, February 10 at 5:30 p.m. at Toyota Stadium in Frisco, Texas.

The game is part of the 2016 CONCACAF Women’s Olympic Qualifying Championship. The top two finishers will qualify for this summer’s Olympic Games in Brazil.

The USA has won the gold medal at the last three Olympic Games and won the 2015 Women’s World Cup in Canada last summer.

If you are looking to watch the USWNT take on Costa Rica, here’s what you need to know:

What: USWNT plays Costa Rica in an Olympic Qualifier.

Where: Toyota Stadium in Frisco, Texas.