US Citizen Shot in CR, Trying to Get Home (Video)

Costa Rica News – A trip that was supposed to be a dream get away for Steve Flesch of Milwaukee has turned into a nightmare for himself and his family that are desperately trying to get him back to the USA. 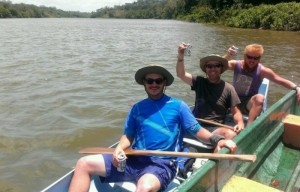 A Milwaukee man has been beaten and left for dead in Costa Rica. He’s in a coma and his family can’t get him home.

Steve Flesch of Milwaukee is no stranger to adventure. He’s traveled to dozens of countries. But during his most recent trip to Costa Rica, his family got a cryptic phone call from a hostel in town.

Nikki Lannert, sister “He had been staying with them. He hadn’t been there in 3 days. His bags were in his room and his bill was unpaid.”

Nikki Lannert is Steve’s sister. It took her family days to find out Steve had been robbed and beaten. And then…

Nikki Lannert, sister: “It sounds like when he turned around he was shot in the back of the head while running away.”

He’s alive, but his family says the conditions at the public hospital are making his recovery difficult.

Nikki Lannert, sister: “He keeps getting infection after infection. He’s in isolation now due to a bug we believe he got due to improper hand washing.”

And they can’t get him home. He’s in a coma and doesn’t have a medical directive. His family is trying to cut through the red tape, but they say the embassy isn’t getting anywhere.

Nikki Lannert, sister: “They’re not helping them with any of the forms so we don’t know if what was filled out was accurate, so it’s going to hold up the process.”

They also called Congressman Jim Sensenbrenner. He contacted the embassy, but so far, nothing’s happened. A family, desperate to get their loved one on American soil, and on the road to recovery.

Nikki Lannert, sister: “It’s like I’m living in the middle of a really bad movie that you watch. You turn on, you’re like ‘that really doesn’t happen.’”

Steve’s family thinks the care he can get at Froederdt will make a huge difference. There is a special medical flight that can transfer him, but it costs about $50,000. They’re fundraising now to get the money.

Travel
Insurance
cima or Biblica could fix him right up.