Costa Rica News – Let’s count the ways that this loophole in the law is wrong.  This law in itself is why people are terrified to trust a foreign doctor with the ability to perform surgery on some part of their body. 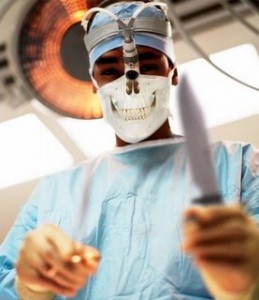 In Costa Rica, a general practitioner can perform surgeries without a specialization. So yes that means that anyone that graduates from medical school can then perform whatever surgery they want.

What is worse is the fact that in many of the private colleges in Costa Rica a student can pay for good grades and a degree. Is that who you want with a surgical knife when you are under anesthesia?

The College of Physicians and Surgeons of Costa Rica admits its organic law, dating back from 1962, has a loophole that allows doctors to perform surgery without having a formal education in that field and recognized practice.

This occurs because those graduating from medical school in Costa Rica will graduate with a degree in Medicine and Surgery, and the College of Law does not differentiate between the two terms.

Even the universities themselves confirm that the medical career have only 1 full year of surgery block, a period in which the student attends only to observe operations and procedures.

This loophole allows general practitioners to perform from simple plastic surgery to sutures.

This  has been on the table for discussion for unionized cases of operating without being accredited in the country.

The most recent example is the investigation that the agency was opened a few days ago, by a complaint filed against a doctor by former model Cristina García Vargas for deforming her buttox.

The doctor, who rejected the complaint, is only credited as a doctor, not a plastic surgeon.

So why Congress in Costa Rica is focusing on declaring more “national days”, it seems that more and more of those graduating from law school and medical school are using those degrees as a license to steal and take advantage of others.

Make sure you research your doctor or dentist before you use them in Costa Rica. You would do the same at home, so use the same common sense here.  There are great doctors here but you just have to so your research.

Sex With Client is Billed as Services Rendered