(CNN) — In a little more than three months, Manti Te’o probably will be drafted by an NFL team and sign a multimillion dollar deal. Before teams sink that much money into players, they have questions. 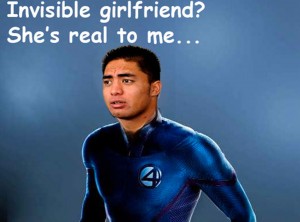 With the revelation that the football feel-good story of the year centered on the Notre Dame linebacker’s love for a woman who never existed, many people have questions for Te’o — a lot of questions.

And as each question in the saga gets answered — none publicly by Te’o — it seems another one, or two, or three, crop up.

The story of the girlfriend came to light in September as Notre Dame continued its improbable undefeated season and Te’o, a relentless tackler, was beginning to emerge as a front-runner for the prestigous Heisman Trophy.

He led the Fighting Irish, amassing double-digit tackle games and becoming the face of one of the best defenses in the nation.

In September and October, Te’o told interviewers that his girlfriend and grandmother had died within hours of each other. The girlfriend, a 22-year-old Stanford University student, died of leukemia, he said.

The twin losses inspired him to honor them with sterling play on the field, Te’o said. He led his team to a 20-3 routing of Michigan State after he heard the news.

It was indeed a gripping interest story of determination. And the media ran with it.

No one bothered to seek out Kekua’s family until Deadspin, acting on an anonymous e-mail received last week, started 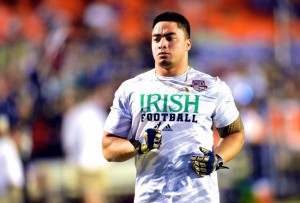 “What do you do when you first want to know something? You Google it, right?” Burke said on CNN. “And Google searches for ‘Lennay Kekua’ only showed up articles about her dying, and inspiring Mant’i Teo.

“There’s no evidence of her existing in any way, other than, you know, after she had allegedly died. And we thought that was a little weird.”

But there was no Social Security Administration record of Kekua’s death. The Birth and Death Registration office in Orange County, California, told CNN it had no record of Kekua nor does the county coroner.

Deadspin called mortuaries and funeral homes in Carson, California, where Kekua was reportedly buried — but came up empty.

The website sought out the person whose picture had been presented as that of Kekua and tracked her down.

She was alive, didn’t have leukemia and had never met Te’o.

“That sort of opened everything up,” Burke said.

The revelation prompted the Notre Dame athletics director to call a news conference Wednesday. There was no way for Te’o to know the relationship was a hoax because it had been conducted strictly online and on the phone, said director Jack Swarbrick.

The pair had set up several meetings, including in Hawaii, where Te’o grew up — but Kekua never showed, Swarbrick said.

The university said it did not know how many people were in on the ruse.

According to Swarbrick, Te’o received a call from a woman claiming to be his girlfriend in December, telling him she was not dead. Those calls continued, but Te’o did not answer, he said.

The Stanford University registrar’s office told CNN that it has never had a student registered in Kekua’s name or using an alternate spelling.

“Outside of a few Twitter and Instagram accounts, there’s no online evidence that Lennay Kekua ever existed,” Deadspin contends. “There was no Lennay Kekua.”

Where does this go from here?