Costa Rica News – A couple from Wolverhampton have been jailed for a combined 26 months after helping to spirit their daughter and two grandchildren out of the country in breach of a court order. 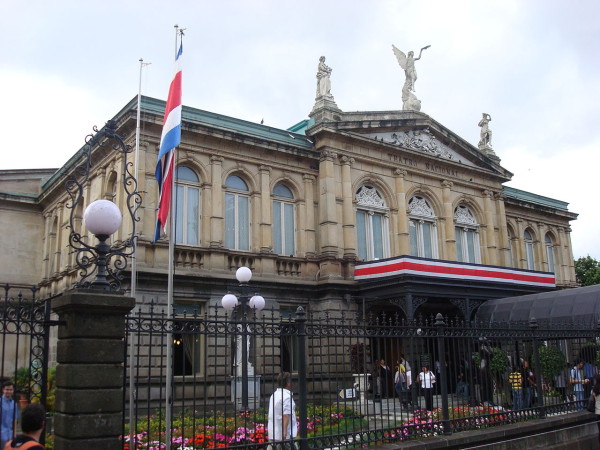 The trio were flown beyond the reach of British justice to Costa Rica while the grandparents tried to cover up their part in the plot by lying to police and a High Court judge, Wolverhampton Crown Court heard.

The couple from Penn, who cannot be identified for legal reasons, took the action after a Family Court ruled their two grand children must live with their natural father, the court was told.

Their daughter – the mother of the boy aged seven and two year old girl – had previously had full time care of them but the court order allowed her just one hour of supervised contact every month at a contact centre.

But on May 16 the grandparents drove the boy and girl to a secret rendezvous in Brantley Lane, Shipley with their daughter – who had six suitcases – and a chauffeur driven Mercedes which took her and the children straight to Charles de Gaulle airport in Paris where they boarded a flight to Madrid before getting another plane to Costa Rica where a hotel was booked for them.

The grandparents then lied over their disappearance, claiming the children had been asleep in bed when they last saw them shortly before midnight – but were missing in the morning with a note on the kitchen table.

But police found they were not telling the truth after finding a text message from the grandmother to her daughter sent when the children were at the Channel Tunnel – not when they were in bed in Penn as was insisted.

Detectives then viewed camera footage which showed the daughter’s distinctive Freelander being driven back from the meeting by the grandfather and the chauffeur driven Mercedes that was traced to a Warwickshire firm.

By the middle of June it was known that the daughter and children were in Costa Rica where police had already been alerted of the children apparently abandoned by their mother to roam the hotel where they were staying.

They were taken into care- and held in an orphanage for a week – after Costa Rican police receiving a risk assessment from Shropshire social services.

Social worker Simon Lewis and the wife of the children’s father flew to Costa Rica where they spent five and a half weeks applying for permission to return the children to the UK, which was finally granted on August 3.

The grandparents both admitted child abduction and attempting to pervert the course of justice.

Mr Christopher Rodwell, defending, said: “They knew they had made a terrible mistake. Once they had told a lie, it was difficult for them to get out of it and they just got deeper and deeper into the mire. This case has destroyed them. The have lost their grandchildren and their daughter. They are devastated.”

The grandmother was jailed for 14 months while her partner, who played a lesser role, was locked up for a year by Judge John Wait who told them: “The consequences of this case have been quite awful. You were responsible for some of this but those acts were done out of love and emotion, not for money. You knowingly flouted a court order and told lies in the Royal Courts of Justice.

Det Con Cath Loosemore from West Midlands Police Family Protection Unit, who was in charge of the inquiry, said after the case: “This was a very sad case with many losers and no winners but after working closely with Shropshire Social Services and Wolverhampton Police were able to successfully return the children to the UK.”

Their mother is still in Costa Rica. A European arrest warrant has been issued for her and the British authorities are trying to get the Costa Rican government to return her to this country.

From the Express & Star

Enjoying the Whales & Dolphins of the South Pacific of Costa Rica