Sports News – WE may have seen the last of Rhonda Rousey in the UFC. 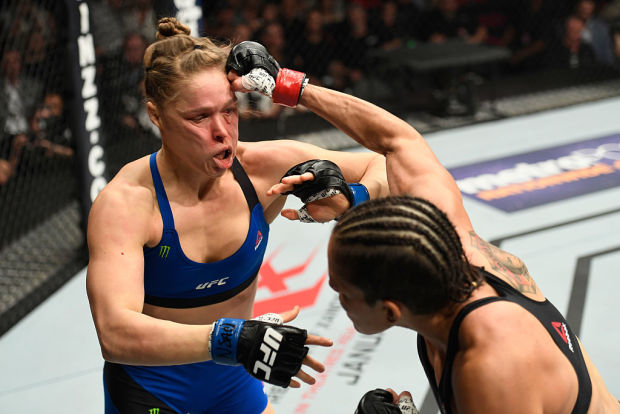 She has been beaten badly in both of her last two fights.  Last night again Amanda Nunes she did not have a chance.

The ref of the fight stopped it before it got even worse for her.

Obviously in her last months of training she has not learned how to defend a punch as Nunes leveled her over and over again.

Watch the video below to see the domination by Nunes.

Maybe she can some to Costa Rica and Hanna Gabriel can lay an ass kicking on her as well as she has worn out her time in the UFC.

Are You Enjoying the Costa Rica End of Year Bullfights?