Costa Rica News – The owner of a sports bar in Costa Rica has been charged with defrauding the U.S. Department of Veterans Affairs (VA) by claiming for years he couldn’t work because of headaches from a service-related car accident.

The Journal Sentinel reports Daniel Kososki, 53, an Army veteran from Wisconsin, told VA officials the headaches led to depression and then anxiety that made him extremely uncomfortable in crowds, unable to work and mostly holed up in his home.

After qualifying for Individual Unemployability — which pays as if you are 100% disabled — federal authorities say, Kososki bought and began operating Coconutz, a NFL-themed sports bar in the Costa Rican coastal town of Playas del Coco, Guanacaste.

Now, a federal grand jury has indicted Kososki for fraud, charging that he lied to the VA to obtain more than US$150,000 in VA benefits he didn’t deserve.

Federal court records list a Costa Rica address for Kososki and no attorney. Kososki did not immediately return attempts to reach him via an email address for the Costa Rica bar on Wednesday. 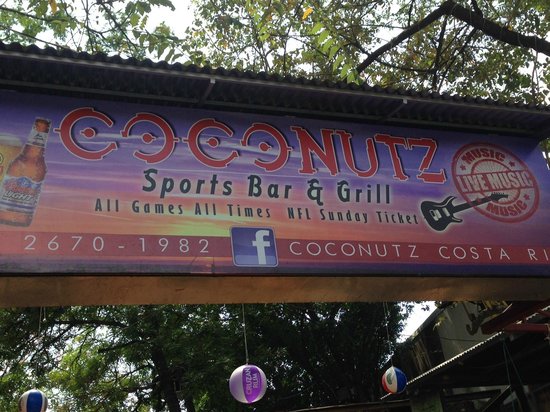 According to the indictment:

Kososki, formerly of Appleton, Wisconsin, served in the U.S. Army from 1982 to 1987. While on active duty, he was a passenger in a car that was involved in an accident, and later got disability benefits based on resulting injuries.

In 2006, he applied for Individual Unemployability, saying he suffered from headaches linked to head trauma from the crash, and that they were so severe he couldn’t work. He said the condition left him bed-ridden three days week, and blurred his vision so he couldn’t drive, read or watch television.

He was granted the extra benefit retroactively to 2005.

A couple of years later, he told the VA his headaches had left him depressed, and caused a seizure that resulted in his fall from a roof that injured his back and legs.

Later, during a 2015 exam at the VA, Kososki said he was suffering from anxiety that increased when he was around strangers in public, and so he avoided leaving home and had lost friendships and the ability to engage in hobbies and recreation.

Beginning at least in 2010, he submitted forms to the VA stating his service-connected disability prevented him from working.

Actually, according to prosecutors, Kososki had been working for an Appleton investment firm from 2006 to 2008 and left over a business dispute, not an inability to work.

Then in 2008 or 2009, according to the indictment, Kososki and a friend bought Coconutz Sports Bar & Grill in Playas del Coco in Costa Rica. Kososki put up $20,000 and the friend about $160,000. Kososki then actively managed the bar between 2009 and 2016, hiring employees, planning the menu, ordering supplies and interacting with customers.

In August, the indictment charges, Kososki told VA officials in a written statement that though he owned part of a Costa Rican bar, he had never worked there.

For a 2014 report on the global presence of Packers fans for Public Radio International, Kososki is quoted saying Coconutz is the only Packers bar south of Mexico. He told the reporter he has a Packers tattoo on his chest, and fills the bar’s 300 seats most football Sundays, predominantly with Packer backers.

In 2005, the State of Wisconsin denied Kososki a real estate sales license, citing his misdemeanor convictions in 2003 and 2004 for threatening phone messages and theft.

The administrative law judge who denied Kososki’s license appeal noted that the convictions show Kososki is “deceitful and dishonest” and likely incapable of selling real estate “in a manner that safeguards the interest of the public.”

The Evolution of Thought and the Crisis of Consciousness