The Evolution of Thought and the Crisis of Consciousness

For at least 100,000 years, since ‘modern man’ first emerged from East Africa, we humans have been as we are—tribal, self-centered and dominated by the extremely powerful adaptive strategy of ‘higher thought.’

Now, as the fragmentation of the earth and humanity by the unwise use of symbolic thought nears the breaking point, pressure increases proportionately for a revolution at the root of the mind of man.

That a single species should have the power to destroy the planet that gave rise to it is not just a philosophical mystery; it poses an existential question about consciousness itself. What is consciousness as we generally know it, and is another order of consciousness actually possible?

On one side, many take false refuge in the idea that humankind is unimportant, an infinitesimal speck on a speck in space. But the very fact that humans evolved along with all other life, and yet are bringing about the “Sixth Extinction,” begs the question: Do all potentially intelligent species with technological civilizations go through a crisis of consciousness?

On the other side are people, often so-called religious people, who insist that the previous five extinction events (defined as 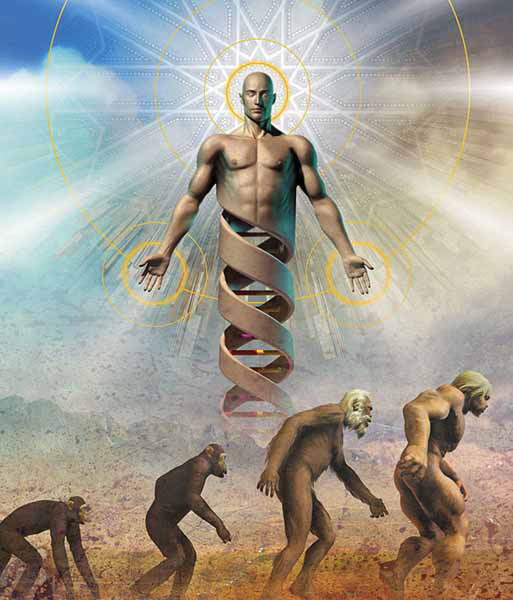 “a sharp decrease in the number of species in a relatively short period of time”) mean that nature is a “tooth and claw struggle for survival,” so we should expect man to be.

Does one really need to point out that there is a vast difference between the predator-prey dynamic and natural events, and the destruction caused by an allegedly intelligent species?

Conventional atheists say that humans are utterly unimportant, and that our destructiveness is evidence that life is a chance event against a background of chaos. But the emergence of consciousness remains a tremendous mystery, much less the evolution of a sentient species with tremendous spiritual potential that’s rapidly denuding its planet.

Astronomers have so far discovered about a 1000 ‘exo-planets’ orbiting distant suns, some in ‘habitable zones’ probably with water, like earth. The consensus now among astrobiologists is that the emergence of life is as much a property of the universe as the formation of stars and planets.

In the lifetimes of many people alive today, astronomers will discover, I posit, that rudimentary (single celled) life is quite common in the universe; multi-cellular organisms are quite uncommon; and that sentient, potentially intelligent species such as humans, are quite rare.

My hypothesis is that all sentient life that achieves scientific and technological prowess passes through essentially the same crisis of consciousness that humankind is presently experiencing. Those that make it have no more interest in inter-species conflict than they do in intra-species conflict, nor they have the desire to interfere with the processes of transmutation in sentient, potentially intelligent species on other planets.

If science discovers that life has emerged twice in our own small solar system—say, beneath the ice-crusted ocean of Enceladus, one of Saturn’s moons—it would mean that life is abundant in the universe. Of course that still leaves the question of sentient and potentially intelligent life, but the probability of us being the only thought-bearing species in the galaxy then drops to nearly nil. 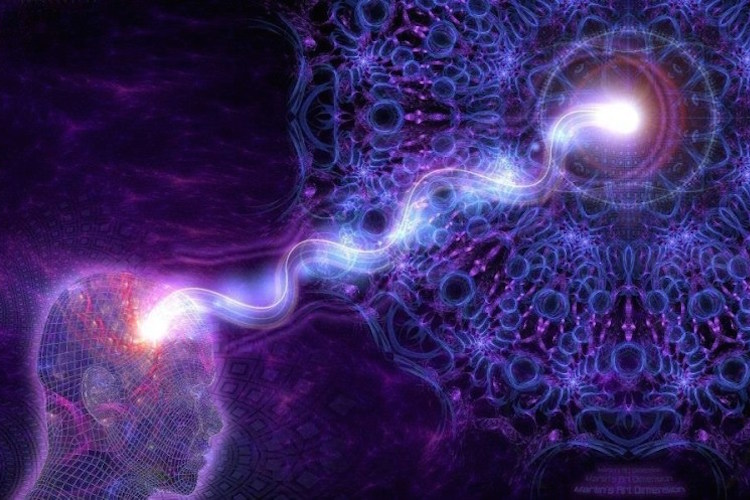 intelligent life. Most people I know believe we never will, but the question is open until the chances to change course run out.

Therefore the question is not extraterrestrial life but terrestrial consciousness. The brain that gave rise to religion and science is the same brain that pits the religious mind against the scientific mind. And neither science nor organized religion can solve the human crisis, because both are the product of thought and its inherently dualistic consciousness.

Human consciousness, dominated by thought, is inherently fragmentary. That’s why the human mind has separated us from the wholeness of the earth’s ecosystems, and is bringing about the Sixth Extinction in the so-called Anthropocene Age. Can we resolve the crisis of human consciousness in time to restore the integrity of the planet, and ourselves?

The universe did not begin in chaos, but in silence and order. There is no chaos in the cosmic sense; everything but man unfolds in order. Chaos in the human sense arises from the disorder generated by not having a growing insight into the extremely powerful adaptation of conscious symbolic thought.

In the diminishing spaces between the man-made world and the earth, there exists an infinite dimension of being. If one doesn’t have contact that dimension through communion with nature, one totally loses one’s way as a human being. If one does, the earth and the universe are one’s home.