“The more things change the more they stay the same” is a saying rooted and rotted in human nature. The question is, is human nature really immutable, or is it merely unchangeable to this point in human evolution? 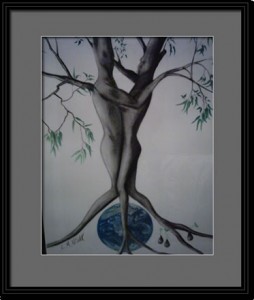 It’s fascinating, but no matter where you come from on the planet, people see human nature in basically the same way. That means the perception is accurate, while the view of its inherent unchangeability is distorted.

What is this universal perception of human nature? Start with self-centeredness, throw in a large dose of ego, augment with greed, drive the machinery by continuous infusions of willfulness that often crosses the line into pigheadedness, then sprinkle with a large propensity for self-deception and dishonesty, and you have a pretty good description of the agreed-upon nature of human nature.

(This isn’t a ‘negative’ view, though one could call it the dark and dominant side of human nature, which most people secretly or openly hold. And I’m not ignoring human virtues, or I wouldn’t be writing this column.)

Few people would argue with this assessment; the argument ensues over whether the human condition is improving, or whether it remains the same (and indeed, whether we’re devolving as a species in the present age).

Liberals (called ‘progressives’ in America until they had their spines removed) believe, as their masthead indicates, in human progress. They see humankind as steadily gaining ground by victories in the good fight—from the ending of slavery to the right of gay people to marry on the same terms as straights.

Conservatives, on the other hand, maintain that human nature has not changed and does not change, and that only the foundations (read strictures) of moral codes and religious systems, and the frameworks (read constraints) of traditions and institutions prevent humankind from acting as the rapacious animal we actually are.

At bottom, both worldviews have their roots not just in perceptions and beliefs about human nature, but in what the nature of nature is. Liberals think that nature is essentially good, and that man went wrong when we left the garden of 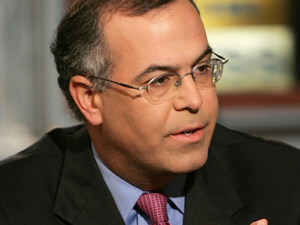 Conservatives hold that nature is nothing but tooth and claw, and that man has scratched his way to some semblance of civilization by dint of individual and collective effort within the civilizing influence of society’s traditions and institutions.

From this philosophical basis, people like New York Times columnist David Brooks, probably the leading spokesman for ‘reasonable conservatism’ in America, write claptrap like: “You can achieve things like ending slavery only if you are willing to stain your own character in order to serve others.”

Ludicrously painting politics as the highest calling because “you can do more good in politics than in any other sphere,” Brooks puts forth his portrait of a not so ‘Honest Abe’ as a the penultimate example. Lincoln was willing to “bamboozle, trim, compromise and be slippery and hypocritical,” Brooks maintains, displaying “the courage to take morally hazardous action in order to make his high vision a reality.”

Not content to put his foot in his mouth, Brooks stuffs in his entire leg with this doozy: “Politics is the best place to develop the highest virtues.” Balderdash on top of poppycock. 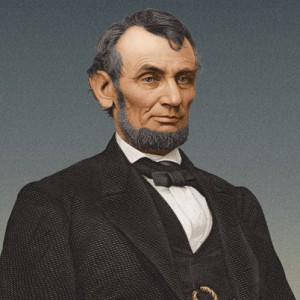 Though the truth doesn’t matter in America at all anymore, the truth is that both Lincoln and George Washington were the best examples in US history to have entered the presidency in the “low cunning” vein Brooks espouses, yet leave with their character not just intact but increased. (Character never remains merely intact, but either grows or shrinks through living in this world.)

Lincoln was a much better man at his second inaugural than he was at his first inaugural, just weeks before the start of the Civil War that killed over 650,000. Obama is essentially the same man going into his second inaugural as he was at his first. Which means that he’s worse, because no one remains the same, especially in that office. That’s the difference between a great president and a mediocre one.

A potentially great leader needs three things to fulfill his or her potential: 1. The capacity and drive for greatness, marked not by political skill (much less cunning) but by a mission serving a higher principle for humanity. 2. An intact character in the people, the substance and soil of many generations. 3. A precipitating crisis either inherited or thrust upon him.

Obama inherited a crisis, as Lincoln did, but he papered over the financial meltdown, and the human crisis, both at home and abroad, which goes far beyond Wall Street, continues unaddressed. Obama seems to lack the capacity and drive for greatness, and the character in the American people appears to have completely eroded.

That’s where human nature, and how we view human nature, comes back into the picture. I don’t know which is worse—the conservative’s ironically ‘Darwinian’ view of nature and human nature as tooth and claw, or the progressive’s Pollyannaishly romantic view that man is spiritually and morally progressing. Both are false.

Human nature can change, but it will take the application of the same energy and drive that took man to the moon. And there’s not much evidence that people are dedicating their lives to transforming themselves and humankind at this point.