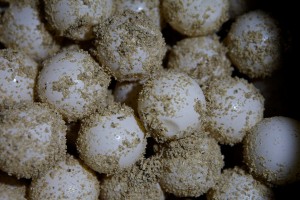 The incident took place last Thursday as park ranger Aristides Chinchilla and volunteer Franklyn Araya were on patrol in the municipality of Puriscal, Rene Castro told a press conference.

Citing Chinchilla’s report, the minister said that after the ranger and the volunteer seized a dog from poachers, the hunters pelted their vehicle with stones and one of them stabbed Araya in the groin.

Police did not act as they should have, nor did anything to protect the park ranger and the volunteer. After the complaint was filed, judicial authorities called on the assailant, who has not been officially identified, for a deposition, but then let him go free, Castro said.

Who dos this surprise? Local law enforcement doing nothing……guess we know for what the poachers money and bribes were used.

The minister said he will pursue this case to its final consequences and will coordinate directly with Security Minister Mario Zamora to investigate how police in the area responded to the assault.

Castro said there will be “zero tolerance” for attacks against those protecting the environment.

This is Costa Rica’s second serious act of violence in recent months against someone guarding the environment, following the murder last June of environmentalist Jairo Mora while he was protecting sea turtles.

According to that investigation, the attack was done by a group that snatches eggs from turtles’ nests to sell them on the black market.

The fact that poachers and narco-traffickers are now controlling local law enforcement does not bode well for Costa Rica’s “green” image.  Unless the corrupt Costa Rican government starts making changes and starts having accountability at every level this country will soon be lost.

From laht.com, edited by Dan Stevens