Toward an Adequate Philosophy of Evil

The original and most popular TV magazine show in America, 60 Minutes, devoted most of the hour last night to interviewing parents of the 6 and 7 year olds massacred in Newtown Connecticut on December 14th. Besides heart-wrenching tributes to their children, there was lots of talk about gun control, some discussion of mental illness, but not one word about the core element in that horror: evil. 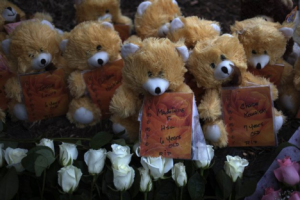 The closest the emotionally voyeuristic show came to the real issue was when the mother of a slain boy, a mental health professional, said her heart went out to the mother of the mass murderer, Nancy Lanza. Without rebutting her directly, a father repeatedly said, “there was something very wrong in that house.”

But then, in keeping with the American diktat that everything is personal, he spoke of how wonderful the community of Newtown is.

Sorry, but that’s not only a contradiction; it’s impossible. Nancy Lanza did not live in a vacuum, and it took a village to raise Adam Lanza.

There are four main defense mechanisms American society uses to avoid the fact of evil in this and all mass shootings that have become a staple of American life.

The first is to focus on the proliferation of military weapons in private hands, which are a symptom of this insane culture, not the cause. The second is to focus on mental illness, which allows people to see the problem, no matter how widespread the pattern of mass murder, as emanating from the disordered mind of lone individuals rather than an eruption of the underlying disorder of the culture. 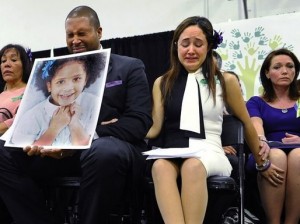 intervention. It is viewing the issue in completely personal and individualistic terms.

The fourth defense mechanism is to jump on the bandwagon of blaming our genes for all behavior, an absurdity that science has been only too willing to encourage in recent years.

To be fair, no adequate philosophy of evil has ever been elucidated, neither in the West, the East, or the Middle East. In the past, the issue was largely left to the theologians, with their supernatural mumbo-jumbo. That’s made evil utterly unintelligible in the scientific age.

Of course, the new theologians, the neuroscientists, promise to explain everything in terms of reductionistic brain functions. But evil is neither a supernatural issue nor a neurological one, and professional philosophers have to step up to the plate and take their best swings at it.

However they haven’t even been able to agree on what consciousness is, much less the carcinogenic byproduct of consciousness.

I define evil as an intentionally directed eruption of collective darkness operating through an individual or a people. It is material, but as yet unexplained.

Obviously, ‘dark matter’ accumulates in consciousness. If it’s denied or avoided in the individual, they become a conduit for evil. If it’s denied or avoided in enough individuals in a society, the culture dies. Then humans, being adaptive creatures, adapt to the deadness by becoming dead (inwardly numb if you like) themselves, and that provides an ideal medium for evil to flow and flourish. 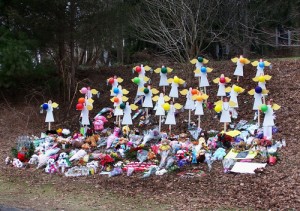 That may sound imprecise, but there is no language for evil, and scientific, much less genetic explanations are not only inadequate; they’re completely misleading. Evil cannot be reduced to the brain functions of individuals who commit evil acts.

Though I had done in-depth philosophical investigations before visiting the Soviet Union about a year before its collapse, I was a typical American living in a bubble, sealed off from the evil of the world, and my own government. But I encountered something in Russia completely malevolent that nearly destroyed me emotionally, psychologically and spiritually.

Without backsliding into theology, I had to find out what it was and how it operates. After the moral and ethical collapse in the US that paralleled the economic and political collapse in the USSR, I saw that evil exists, is a byproduct of collective consciousness as old as man, and has intentionality.

But it is also man-made, and so can be met by men and women. (As a supernatural force, evil can only be feared and avoided.) Like unseen and unheard drones that attack in the night, evil is a coward, operating only in the dark, blindsiding good and bad people alike.

After the 60 Minutes show last night, a commentator today said, “Mental health issues link all these mass shooters together.” False.

What links all these mass shooters together is evil, and we have to learn to look it in the face without reacting in fear and anger, or humankind will enter a protracted dark age.