Costa Rica News – There are times in your life when you do not want to make up from a dream, this nightmare is one that will not go away. What was supposed to have been the dream vacation has turned into a horror that will not disappear.
For Kathalean and Curtis Chase, their week-long getaway to a resort in Costa Rica was supposed to be a dream vacation. But during a sunset swim, the trip quickly turned to tragedy. 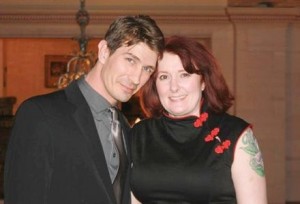 According to the Edmonton Sun, the Alberta couple were walking in waist-deep water at Jaco Beach on March 28 when, suddenly, they couldn’t touch the sea floor below them.

A wave quickly pulled them back into the ocean and Kathalean heard her husband scream “Swim, baby!”

When she turned around, Curt was gone.

The couple had traveled from small town Sandugo, Alta., approximately 100 kilometres northwest of Edmonton, to Costa Rica on their first major trip in their eight-year relationship.

The Herald reports Red Cross workers searched for Curt’s body for more than a week, while Kathalean waited for news. She had anxiety attacks, nightmares and cried for three days straight.

One week after his disappearance, Kathalean returned to the ocean with a bunch of flowers to say goodbye to her lost love. As she was on the beach, two surfers found her husband’s body a short distance away, reports the Sun.

“I said ‘as soon as I put these flowers in the water, he’s going to show up.’ And the moment, pretty much the moment those flowers hit the water, surfers found his body,” she explained to Global News. “I stood there while they were bringing him in.”

“It’s been a nightmare. For the first few days I was a basket case and I stayed in my room and just cried. This is not anything I could have imagined in my wildest dreams,” Kathalean told the Sun.

“There’s no words. It’s just a hole. It’s like somebody’s ripped something out of you.”

Curt, 38, was a self-employed safety officer who had started a new job in the oilfields late last year. According to the Herald he had no life insurance and the house the couple was building remains halfway finished.

“He had a real quirky sense of humour. I remember lots of Christmases darn near choking on our food because he’s telling a joke at the dinner table and we’d be hysterically laughing,” his mother, Catholine, told the Sun.

Kathalean remains in San Jose while arrangements are being made to bring Curt’s body back to Alberta. The Canadian Embassy confirmed to Global that they are providing aid to the Chase family.

A fundraiser has been planned in memory of Curt and to help with funeral costs on April 26 at Hooliganz Pub in Edmonton.

Toward an Adequate Philosophy of Evil

“Rip tides are ever present in Costa Rica, warning signs not at all, right?
P. S.
Remember years ago when former Soviet Prime Minister Gorbachev nearly escaped drowning, Manuel Antonio Beach I think it was..