Sports News – The New England Patriots will be without Tom Brady to start the NFL football season this year.  4 games that of which they hope to win a couple in order to compete in their division. Perhaps he will come down to Costa Rica for a few extra days…… 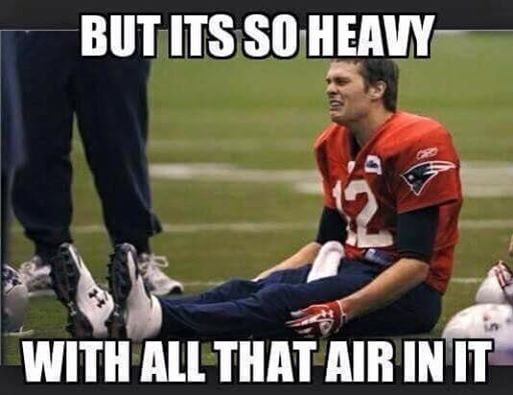 The NFL on Tuesday upheld its four-game suspension of Tom Brady, the star quarterback of the New England Patriots — and said he had his phone destroyed just before he met with Deflate-Gate investigators.

Unless Brady takes the league to court and wins, he will sit out a quarter of the Patriots’ season as they defend their Super Bowl title.

“Brady’s deliberate destruction of potentially relevant evidence went beyond a mere failure to cooperate in the investigation and supported a finding that he had sought to hide evidence of his own participation in the underlying scheme to alter the footballs,” the NFL said in announcing the ruling.
Commissioner Roger Goodell wrote that Brady, one of the most marketable athletes in the sport, “engaged in conduct detrimental to the integrity of, and public confidence in, the game of professional football.”

An investigator hired by the league concluded earlier this year that there was “substantial and credible evidence” that Patriots personnel deflated footballs before the AFC championship game, and that Brady knew about it. Brady has denied wrongdoing.

A football inflated under the minimum pressure can be easier to grip, especially in bad weather, as the Patriots and Indianapolis Colts faced in the championship game.

Besides the four-game suspension of Brady, the team was fined $1 million and stripped of two draft picks.

The NFL said that Brady had the phone destroyed just before he met with Ted Wells, the NFL investigator, on March 6. The destruction was not disclosed until June 18, the league said.

Brady told the league that he routinely has his old phone destroyed when he gets a new one. But he offered no explanation for why he had his phone destroyed just before the meeting after using it for four months, the commissioner said.

The investigator’s report also faulted a Patriots locker room attendant and an equipment manager and included incriminating texts between the two. One of them referred to himself as “the deflator.”

John Jastremski, the equipment manager, texted Brady on Jan. 19, the day after the championship game: “Dave will be picking your brain later about it. He’s not accusing me or anyone. Trying to get to the bottom of it. He knows it’s unrealistic you did it yourself.”