The ‘War on Terror’ Drones On

A leading and loud ‘progressive’ voice of the new generation, sounding chillingly like the right-wingers of the Bush-Cheney Administration, recently said on ‘The Cycle:’ “If we have people working against America, they need to die.” 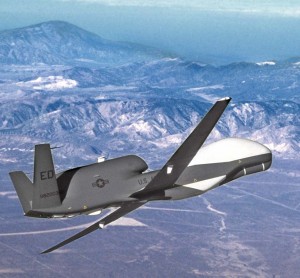 Eyes flashing with a hatred that Dick Cheney didn’t betray, this fellow declared, “Al-Qaeda attacked this nation, and we are at war with al-Qaeda. Anyone who joins them is a traitor that deserves to die.” This, he intoned with the moral certainty of the incorrigibly confused, is a “post-geographical war.”

This is the mentality and language of totalitarianism, whether it comes from regressives or progressives. And it demonstrates that widespread apathy in a people, especially ‘the sole remaining superpower,’ has political, and not just spiritual and cultural consequences. An inwardly dead people do not just acquiesce, they are easily roused to hate and evil.

In floating a trial balloon outlining the tortured legality of assassinating Americans abroad, the Obama Administration, forever with its finger to the wind, rationalizes its extension of policies that were called war crimes under the Bush Administration. Indeed, Obama’s drone policy would be a war crime in an intact nation and civilized international community.

Pragmatism without principle in a superpower is a carrier without a rudder. And when the law becomes an exercise in perpetuating a fake war, there is nothing to fall back on when catastrophe strikes again. Indeed, when the superpower has imploded because the people have perished, twisting and gutting the law sets the stage for totalitarianism.

Faced with unprecedented and perilous circumstances, the law can either expand into new areas and be more inclusive of peoples and their human rights (in a global society, that means going beyond the wretched rump of the nation-state), or it can contract and send the whole experiment in human civilization backward. That is what the Obama Administration is doing with its judge, jury, and executioner drone policy.

After campaigning against Bush’s invasion of Iraq, and blasting the Bush Administration for its torture, rendition, and 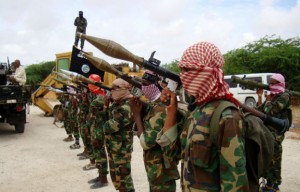 remote killing policies; after initially making a feeble attempt to end the mentality and rhetoric of war in the fight against global terrorism, President Obama decided, incorrectly, that we are in a long war against Al Qaeda.

The falsehood of war has to be maintained to justify past and present policies. The ‘war on terror’ is not a war but a transnational policy of tacit agreement and implicit complicity by allies and ‘frienemy’ nations to pursue disparate Islamic terrorists under the guise of national security and ‘protecting the homeland.’

The rationalizations that drone strikes effectively kill terrorists, that they “inflict fewer civilian deaths than bombing campaigns, boots on the ground or any practical alternative,” and that we have to “sometimes kill innocent children, in order to thwart terror and save the lives of our own” is the logic of evil.

Al-Qaeda is a catchall term for the global Islamic terrorism that America and its allies have spread like a virus through their stupid policies. Of course, the ‘war on terror’ means big money for countless contractors. It also means the enemies of civilization are succeeding in making us do to ourselves what a rag-tag organization operating out of caves and deserts could never have achieved on the battlefield: gut hundreds of years of uneven advance in Western law since the Magna Carta.

Forget about the values and traditions of the United States; what’s being eroded here, right before our eyes (precisely because of the precision of extrajudicial murder) are the foundations of Western civilization.

Many on the left have enthusiastically enjoined the drumbeat of right-wingers: The war against global terrorism is a holy cause that protects American lives. That is an abomination that has both internal and external consequences. 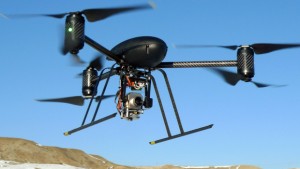 The law is not, as conservatives believe, the only thing that keeps barbaric man from descending into the tooth and claw of nature. It is a living, ever-changing expression of a tenuous balance between the self-ordering capacities in the human species toward greater justice, and the self-made chaos and cruelty of man.

Internally, though still denied, the war mentality has eaten away at American social, political and legal culture since 9.11, not to mention what little meaning ‘international law’ had. And with this legal justification by the Obama Administration, the American people are one step away from granting their government, by default, the power to kill anyone it deems an enemy of the state. Make no mistake, if the government can assassinate its citizens abroad, it’s a short step before it justifies assassinating its citizens at home.

With the disarray of the Republican Party, Democrats are in a gloating mood lately, saying things like, “the Republicans are a party that has lost its way and can’t rally around a unified, coherent vision of what it wants to be when it grows up.”

In truth, America has lost its way and can’t rally around a unified, coherent vision of what it wants to be when it grows up.

Democrats like to fool themselves that they are the party and people of sanity and progress, while the Republicans are the party of crazies and reversion. But one more large-scale attack on the United States, and Democrats would also willingly forfeit their rights to due process, habeas corpus, and trial before one’s peers. Wait a moment…they already have.

ObamaCare Changes, For Better or Worse?