ObamaCare Changes, For Better or Worse?

ObamaCare is the law of the land and U.S. employers are scrambling to deal with the fallout. One of the more onerous aspects of the ACA is the requirement for companies with 50 or more full-time employees to provide health insurance for all workers. This may or may not be an issue of concern for large corporations, but for many smaller businesses this can be a huge problem. 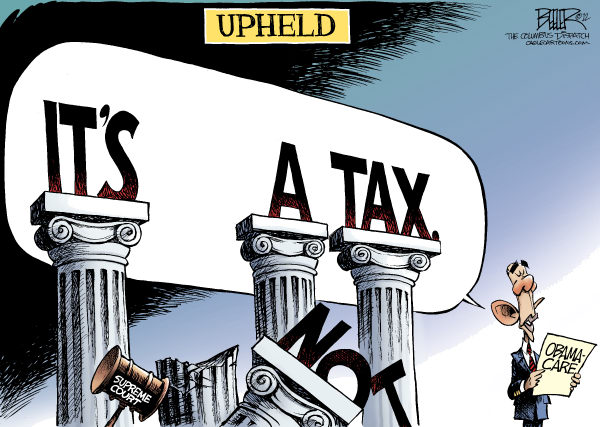 The standard set of solutions that have been put forth involve: laying off workers to get under the 50 employee limit, moving full time employees to part time status (under 30 hours per week), or in some extreme cases, even closing down operations altogether.

In addition, some business owners have floated the idea of breaking their company into smaller chunks, each incorporated as a separate entity of under 50 workers each. Alas, the crafters of the ACA anticipated this “work around” and created language that treats groups of corporations owned or controlled by an entity as one company. So if Mary Jones owns a restaurant with 30 full time workers and a flower shop with 30 full time workers, she is deemed to have a company with 60 workers and both companies must provide health care. So of course she would transfer ownership of one company to her husband and get out from under this absurdity, right? Wrong. Because of the marital relationship, the companies are deemed to be controlled by the same owner.

But there is another answer. And the answer lies in the structure and strategy of a Protean Corporation.

This is a massive change in thinking for most business owners, despite being used with great effect by large corporations like IBM, HP, Microsoft and others for years.

The decision to Go Protean, requires a quantum change in thinking. Instead of thinking in terms of recruiting, hiring-and-managing employees, staffing HR, providing benefits and worrying about OSHA, EDD, EEOC and unions, the Core thinks in terms of projects, contracts, scope of work documents and project management. As a corporation makes the transition from a traditional structure to a Protean structure, the work may end up being done by the very same people, but not as employees but rather as a corporate contractors.

The very concept of an employee is not all that old but has become the default way to “get work done” in a company. And the very idea of having an employer provide health insurance to an employee only came about during WWII in response to wage and price controls. Businesses were able to “get around” wage controls by offering health insurance benefits that were not covered by the controls as a way of increasing wages.

So is it all that far out of the realm of possibility to not only Go Protean, but perhaps even get to universal corporation ownership? IBM originally envisioned the worldwide market for computers as 5. But Bill Gates had the vision of a PC on every desk, and that became a reality within a very few years.

Is it possible that the strategy which is today creating Protean Corporations might actually end up with a final outcome of a corporation for every citizen? It’s an interesting mental exercise to think about a world without employees. A world where everyone is a peer and contracts for services as they see fit.

ObamaCare is a game changer, but maybe not entirely as the crafters envisioned.

This opinion column was written by Paul Christiansen

The ‘War on Terror’ Drones On