Breaking World News – The Pink Panther has escaped in real life. Police in Switzerland hunted Friday for two inmates who escaped in a prison break staged by a pair of armed accomplices. 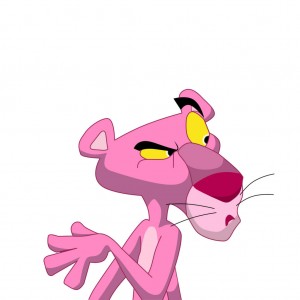 The two prisoners who escaped from Orbe prison Thursday evening were named by the Vaud canton’s police department as serial criminal Adrian Albrecht, 53, and Milan Poparic, 34, a Bosnian national.

Poparic was jailed for robbery of a jewelry store in Neuchatel and is part of the “Pink Panthers” group, the police statement said.

According to the Interpol website, the Pink Panthers are behind armed robberies targeting high-end jewelry stores in Europe, the Middle East, Asia and the United States.

The loosely associated network of criminals has hundreds of members and is believed to have stolen jewelry worth more than €300 million ($396 million) since 1999, it said.

Several inmates were exercising in an outside area under the supervision of prison officers and private security guards when the two accomplices used vehicles to breach a gate and barbed wire barriers around the prison grounds.

They brought two ladders to help Poparic and Albrecht escape over the barbed-wire of the prison yard, police said.

At the same time, the accomplices directed bursts of automatic weapon fire toward the prison officers and security guards to keep them at bay.

The security personnel were able to take cover and no one was hurt, police said. The four men then torched one of the two vehicles and drove off in the other, a gray-colored vehicle.

Police patrols, canine teams and security officers are combing the area for clues to their whereabouts. The border guards and French police are also involved in the hunt for the four men, police said.

Orbe, a town in Switzerland’s western Vaud canton, or state, is not far from the French border.