I don’t really like the word mystic; there’s something rather mystical about it. But for lack of a better term, mystics are simply human beings who have a tendency toward regular, direct awareness of something beyond the mind of man. 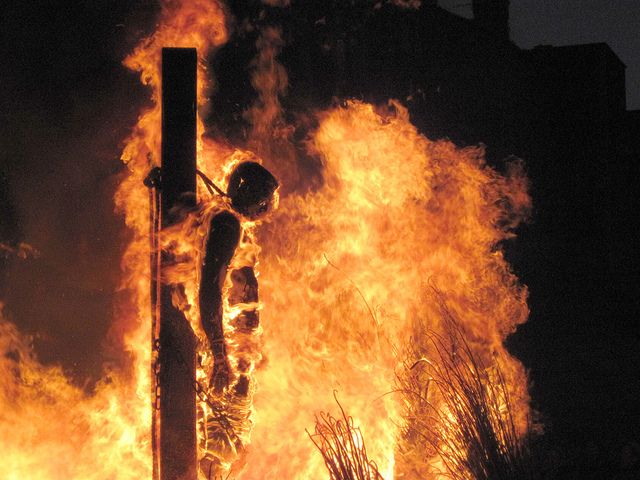 So a mystic is simply a man or woman in whom there is a regular experiencing of the numinous. But what is the numinous? It isn’t supernatural. It’s the actuality that can only be felt when words, images and memories completely fall silent in the mind, and the brain is deeply, silently aware.

With few exceptions in Christianity, the consideration of God is at best a once a week occasion. That’s one reason why, despite or because of the Buddhist fad, communion with essence beyond the human mind is more of a threat to people these days than mystics were to the institutional Church during the Middle Ages.

There’s a reason that Christian mystics were burned at the stake during the Dark Ages. It’s the same reason Islamic fundamentalists chop off peoples’ heads today. They threatened the existing order at its core.

Like Giordano Bruno, who had the temerity to propose that stars were distant suns, and refused to accept the Catholic doctrine of Eternal Damnation. Or Marguerite Porete, who taught that God is love and love is God.

In Marguerite’s case, her “radical sense of freedom and ‘mysticism of self-abandonment’ made her a threat to the institutional Church and its authority.”

The West has developed the much more effective means of suppressing truth and preserving the status quo. It kills the spirit rather than the body, having discovered that killing the body only spreads the teaching and fervor in the followers of the martyr.

So the West ‘tolerates’ radical critiques of its institutions and religions, while isolating and ignoring the individual until their own weaknesses or old age do them in.

I’ve had a few insight generating talks with the local imam about these things. In our last talk, I asked whether the mystics of all faiths, and irrespective of faiths, could be the salvation of humanity.

He ended the conversation by saying he would refer me to some passages in the Quran. I pointed out that for the mystic, no scripture comes before the direct experiencing of the sacred.

The disturbing and sad thing is that though the local sheik is from West Africa, and has a strong community of fellow Muslims, he’s been in America long enough—about seven years–that I can hear an echo of the deadness of the culture in his voice.

The influence of the culture in which one lives is primary, even if one retains a different language and religion. It has become the global culture, a faceless, Facebook monstrosity that fervent and foolish young Muslim men wage jihad against.

President Obama, in his eloquently empty speech in Hiroshima, called for a “moral revolution.” Coming three days before the militaristic sentimentality of his oration at Arlington National Cemetery on Memorial Day, it’s almost enough to make a mystic renounce this world.

President Obama, the supreme rationalist, rode a wave of ‘hope and transformation’ into office. He’s turned out to be a mediocre placeholder for evil. The word ‘transformation’ cannot even be used anymore without a cynical smirk or sad shake of the head.

Because the deadness at the core of America is still denied, and the promise of transformation was just another political manipulation and campaign slogan, America and the world may well manifest the odious Donald Trump, with his twitchy little fingers on the nuclear button. 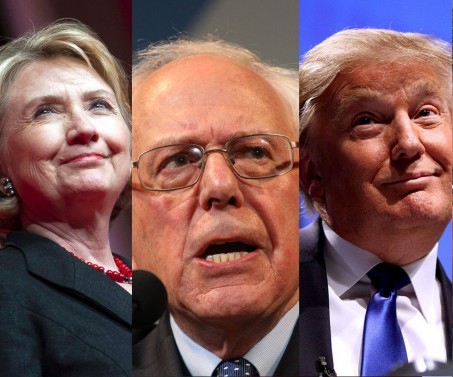 Trump represents the worst of secularism and materialism, a bigot and despot devoid of any animating core except the belief in himself. In a narcissistic culture, he’s the narcissist’s god.

Bernie Sanders represents the best of secularism and materialism, a democratic socialist who truly believes in the power of the people to bring about a non-violent “political revolution” to remake America. The people are dead; long live humanity.

Hillary Clinton represents the continuation of the defunct status quo, teetering on its rotten foundation. Her answer to Trump’s jingoistic “Make America Great Again!” is “America Never Stopped Being Great!” She seems willfully blind and deaf to a culture and country of utter alienation and meaninglessness.

Her husband’s tenure was the high water mark for the illusions of America, ‘the sole remaining superpower.’ So as surely as the outgoing muddy tide gave rise to Bush-Cheney, Trump laughs and laps at the inner shores of Obama’s neglected America.

The issue as always, but as never before, is humanity. Can the mystics of all faiths, and of no faiths, be the salvation of humanity?

Can communion with the numinous no longer be the rare exception?

Getting $1000 In Or Out of Costa Rica Just Got Harder