The Order of Nature and the Disorder of Man

Twice yesterday, once at the corner café and later at the local brewery, I heard someone evince a strong whiff of misanthropy. The first was from a studious older fellow who’s a regular at the coffee bar between the sub shop and laundromat. He’s in 60’s, friendly, sharp and well spoken, and one of the few black people in this comfortable backwater. 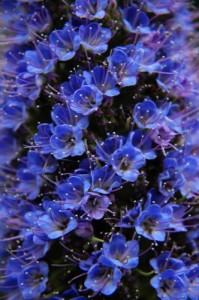 We’d exchanged greetings before, but hadn’t introduced ourselves. I was sitting in the sun at one of the two tables outside the café when he arrived, and our conversation somehow quickly cut to the chase.

“I don’t trust man,” this fellow said, “he’s responsible for all the wars and destruction on this planet. Best to keep man at arm’s length.”

The problem with that philosophy, I replied, is that you and I are man.

Pointing at the sun, he declared, “I am the sun.”

Perhaps we can be, I said, and let it go at that.

Later, at the local brewery, which has become one of the largest craft breweries in the United States (recently announcing it was building a new plant on the East Coast), a woman echoed the same sentiment.

“Man is a disgrace,” she said emphatically, “and I want nothing to do with him.” She made a few subtle comments indicating that she believed women didn’t belong to the same species, but I didn’t pursue that dead end. If you separate yourself from your species, it’s easy to also separate yourself as a gender.

I’ve never understood misanthropy. It’s always seemed to me the most absurd division, exemplifying how psychological separation is the root of the problem.

Of course separation has its place. It is man’s Promethean Fire, enabling us to ‘remove and make ready for use,’ the literal definition of the word. Conscious removal has enabled humans to break the bonds of niche and utilize every resource on the planet.

But carried over psychologically, the adaptation of separation becomes the disorder of division. Applied non-self-knowingly and habitually, the gift of utilitarian separation becomes the curse of conflict and war. And used without wisdom, the unchecked abilities of ‘higher thought’ have fragmented the earth to the breaking point.

Man is the creature that has become comfortable in his contradiction. It was not always thus. Man the explorer and 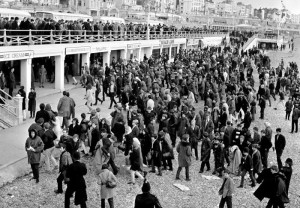 exploiter of wilderness grappled with his contradictions, and was worthy of a certain respect. But man’s heyday is over, and a new human being is yet to be born. What’s the impediment, the belief that human nature is immutable?

Or is it because we still take pride in man the conqueror, even when he has become the crushing enemy of life on earth? Is it because we refuse to believe that we have a greater potential than external and internal manipulation through knowledge and cunning, and think that mode will somehow carry the day?

More and more people are intuiting, if only subconsciously, that it won’t, and yet few look in the mirror, and see that the animal of which they speak is themselves. Of course that would imply far greater responsibility.

Clearly, until self-knowing awakens in some unknowable number of humans, man will remain man, the destroyer of worlds. Misanthropy just feeds the beast.

In many forms of propaganda and politics, the message is that “generally, things are heading in the right direction.” This is the Big Lie. It prevents people from facing what we’re implicitly told is an unfaceable truth: Man is destroying this planet, and if we don’t radically change as individuals and a species, the earth will be as uninhabitable for our offspring as we’ve made it for many of our fellow creatures.

Without duality, can we make a distinction between a human and a human being? We know all too well what humans are—self-centered, self-serving, greedy, venal and pigheaded. But what does it mean to be a human being?

Order did not arise from disorder in the cosmos; man is the maker of disorder. Then how did man, the only creature who fragments life, but who evolved along with all other life, emerge from the order of nature?

That is a question it took me many years to gain some insight. But for now, suffice to say that an awakening human being is a man or woman that no longer accepts the separative ability of thought as a given, and the highest principle in the universe.

Indeed, the self-deceiving idea that order arose from chaos, and that man is the maker of order rather than disorder is questioned and refuted in the nascent human being. Without presupposing a ‘Creator,’ one sees that formless order gave rise to multifarious order in the universe, but with the evolution of symbolic thought, increasing disorder on this planet, and probably others.

How that happens in the cosmic scheme of things is a subject for another column, but suffice to say that it’s the job of the human being to end the division and disorder of man, always beginning within oneself.