From Fran Tarkenton, former star NFL quarterback: Phil Mickelson has gotten a lot of flak for his recent comments about making “drastic changes” in his life due to state and federal tax increases. Never mind that he was only speaking for himself; forget that he was telling the truth. 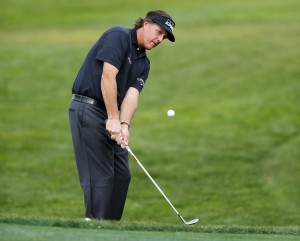 After days of unfair criticism, one of the nicest guys in professional golf was harassed into promising to never speak his mind again. He even apologized to those he “upset or insulted.”

Mickelson was right: If there’s anything that should upset or insult Americans, it’s just how much of their money the government takes.

Mickelson estimates that more than 60 percent of his earnings are snatched in California and federal taxes. Should a private citizen, no matter how successful, owe the government more than half of what he makes? This cannot make sense to anyone who believes this country was founded on the principles of hard work and personal responsibility.

But Mickelson’s comments reveal something far more profound. He was talking about an increasingly complex tax code that also reserves special punishment for small businesses, working families and even the little guys. The rich, like Mickelson, can hire lawyers to compute their taxes and weave in loopholes. Or they can pick up and move. The middle class is not so fortunate.

California is not just driving away successful men and women like Mickelson. They are driving businesses out, too. This results in even less tax revenue, which sinks California’s economy even more. Similarly, the United States now boasts the highest corporate tax rate in the developed world. For the first time in my lifetime, global business capital is flowing to countries with fewer penalties and passing America by. 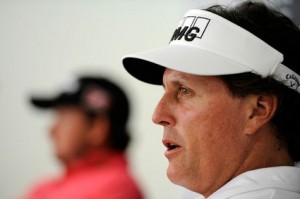 From the payroll tax surprise that most workers found in their first paycheck of 2013 to Medicare tax hikes to raising top tax rates to nearly 40 percent, Washington has made life more difficult for most Americans. When companies raise prices to pass the cost of the corporate income tax on to consumers, these “hidden taxes” hit fixed income families the hardest.

I have never seen it quite so bad for job creators. Today, many are being punished for just doing business. Confiscatory taxes. Suffocating regulations. Stifling energy costs. The members of Job Creators Alliance face these challenges every day. JCA programs remind Americans of the millions of jobs created by free enterprise and how bad public policy can kill small business, the engine of U.S. economic growth.

There is only one way to create the jobs we need: We must put our fiscal house in order. Our nation must lower tax rates to be more competitive and to incentivize businesses to invest and job creators to grow their businesses. Pro-growth policies will lead to more businesses and more jobs; these jobs will create more taxpayers and government revenue.

After the unfair treatment Mickelson received, we won’t likely hear from him again soon on economic policy. That’s unfortunate, because his frank talk on taxation is the kind of discussion America needs.

The Order of Nature and the Disorder of Man