Costa Rica News & Events – The fact that the Palmares festival has arrived makes saying goodbye to the festivities at Zapote a little less “triste”. The festive season is far from over although it’s January. Tonight is opening night at the Palmares fairgrounds. 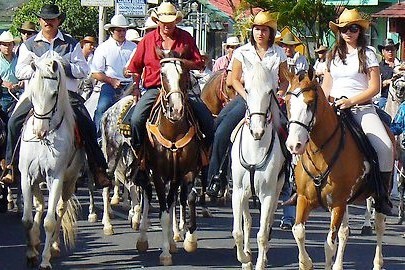 It’s going to be 13 days and nights of non-stop fun, from the lantern parade to the concerts, bullfights, horses, cycling races and much more. Don’t forget about the rides and great food.

Some of the concerts require tickets while others are free. Don’t miss the free ones on the 18th and 25th. Keep in mind that coolers and alcoholic beverages cannot be brought in but may be purchased onsite.

Avian and Human Being