A Matryoshka doll is a treasure of Russia. The Matryoshka is a beautiful doll commonly made from wood or metals. It consists of a large doll in the artistic rendition of popular saints, political leaders and artists.
It opens in half to reveal similar dolls that are smaller upon each opening. There are many variations and a black box from China that held a grain of rice in the middle, was the first known inspiration.

Vasily Zvyozdochkin is credited with being the first craftsman to carve this doll in Russia in 1890. Sergey Malyutin is the first artist to paint the design. The inspiration is from another Asian creation, a Japanese doll in the shape of Buddha. The doll won a bronze award in 1900 at a world fair in Paris, France and became widely popularized. The design and craftsmanship has become a modern day part of traditional Russia. 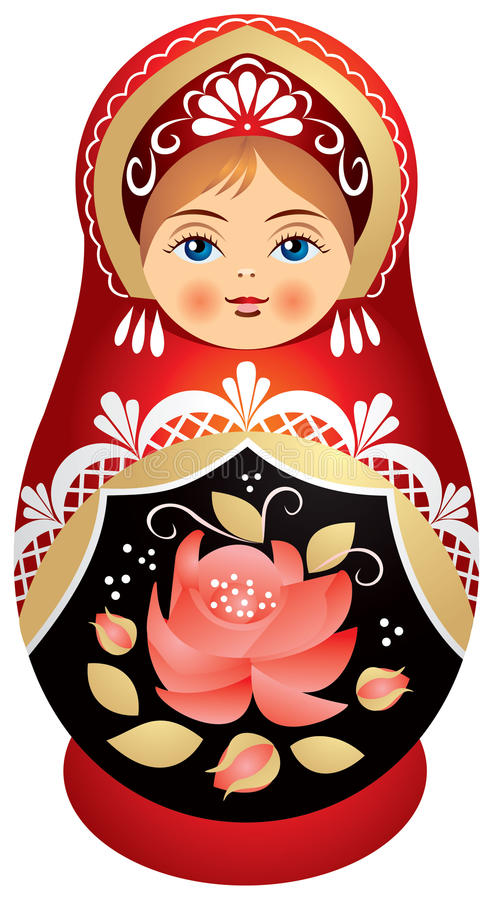 Tourists flock to buy a piece of the culture, and the Matryoshka doll is a popular souvenir choice.

A Matryoshka doll set is most commonly made from one piece of wood. The wood comes from different types of trees such as alder, aspen, birch and Tilia. Alder wood is a type of birch and is heavily associated in Magic with the planet Venus. The wood is sacred to many gods and goddess including Aphrodite and Odin. Birch wood is believed to drive away evil spirits and the tree itself commonly springs up after wildfire. Aspen trees make a whispering noise when the wind blows. Tilia wood is great for carving!

Since many of the Matryoshka dolls are made to symbolize emotions I want to share with you some beloved fairytales of Russia. Fairytales are a great way to share cultural stories that everyone experienced history and magic of the time. Maybe one day, you will happen upon a Matryoshka doll as I have and you may already know what the face means, the stories behind it and the energy absorbed into the wood. This way you will really feel the Matryoshka magic.

In Slavic legend, the Baba-Yaga is a hideous old woman. Her name itself means mother or old woman, just like the Russian Matryoshka. She is mischievous, helping those she takes a liking to and then hurting those she does not like. She lives in the magical forest. A magical forest is found in the center of a large forest clearing, usually deep within the woods. She has come to earn many representations because she is so mysterious.

Kolobok is a yellow spherical being that resembles a smile. He has a round yellow face and many variations. The Kolobok, which is a traditional Russian sweet dish becomes alive and escapes. On the road he meets several animals who want to eat him. He deceives each one by singing a clever song. This fairytale can be compared to that of the American gingerbread man.

A merchant had a beautiful daughter named Vasilisa. When she is eight years old her mother becomes fatally ill. As a last gift, she presents Vasilisa with a wooden doll and instructions to feed and give it drinks when she needs its help. The doll will than come alive and help her with what she needs. So, as soon as she dies the girl cannot wait and starts to give the doll food and drink. The doll comes to life and comforts Vasilisa.

The father marries again and this time the woman is wicked and only cares for her two daughters (much like the American Cinderella.) The doll helps Vasilisa to perform the many chores given to her by the evil stepmother. When Vasilisa’s father 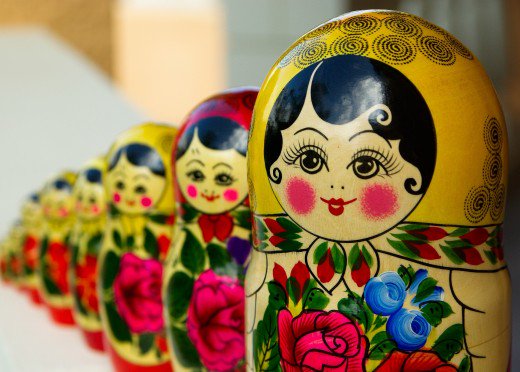 has to leave faraway for work, she is in even more trouble. The stepmother sells the house and moves them deep into the woods.

The light in the house goes out and there are no candles left. Vasilisa is sent to go recover some light. She happens upon the hut of Baba-Yaga.

Baba Yaga tells her she must earn the light and sets her to tasks. The doll helps her to complete the task as she happens upon three riders on horses, each one representing the day, night and the sun, the doll tells her how to get through the trials.

Baba Yaga blesses Vasilisa and gives her a lantern made from a coal. Yet when she comes into her home she learns her step family has become cursed. No candles or light will burn. The skull’s embers come to life burning down the house and everyone in it except for Vasilisa. Vasilisa than buries the skull in the forest and leaves into the city.

When Will Costa Rica Improve Its Recycling Programs?

The Ashes of Time, the Fire of Attention