The Hunt for the Poltergeist of Marysville

Ghosts & the Supernatural – My wife was sitting on the couch in the living room while I was in the shower in the back of the room. She called to me and said that the door from the living room to the front bedroom had opened by itself. I told her it was probably the wind. I joined her and a few min later the same door opened to 90 degrees then closed. 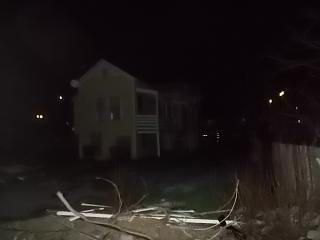 The same door got the interest of my lab and he jumped off the couch with his ears up, acting like he was confronting something at that door. After about ten minutes of sniffing and grumbling his ears dropped, tail wagged and he turned to go back to the couch.My brother asked me to watch his small dog; I was in the dining room and watched his dog jump off the couch and run to that same door as to greet something or someone. Just a few minutes later turned and went back to the couch. During the time we were painting the bedroom we had our bed in the living room. The living room is connected to the dining room and my wife leaves for work at four am. Not long after she was to leave for work I heard some footsteps from the hall, walking across the dining room, pull out a dinette chair and sit down in the chair. I called to my wife and told her she is late, but there was no one there.

We removed the built in china cabinet from the dining room wall and had it sitting in the middle of the dining room. An antique store owner and her son came over to collect doors and windows. I asked her if she wanted the cabinet and she said no, what will you do with it? I replied, probably just cut it up and burn it. At that second, a piece of drywall among three other pieces that were leaning against the hall wall flew three feet and landed by my feet. My wife and I agreed to keep the cabinet.During the remodel I installed a new door to separate the kitchen from the laundry room and the day I installed it we watched it open and close one time by itself. We tried to duplicate it by opening doors and windows but couldn’t duplicate it.

In spare bathroom the window coverings are blinds. We always leave the blinds down because its only used for storage. We cant get to the window and it has opened up without us touching it.

While working on the new window blinds in the master bedroom I had the feeling of someone looking over my shoulder then turned and bumped into a shadow. I thought it was my wife but she was across the room. The shadow felt solid. 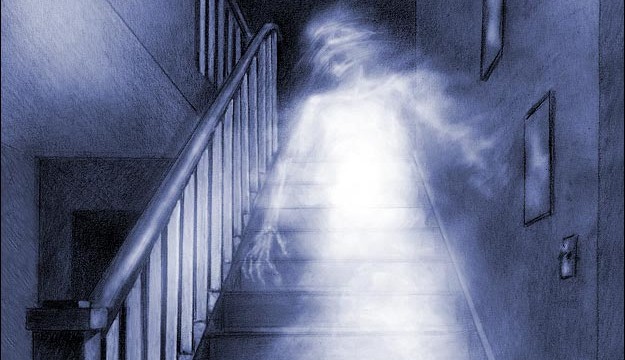 the head of my bed. Early in the morning I heard the dog moving around. I used the night vision app on my iphone and made sure not to move it and watched an orb move horizontal away from the kennel then turn straight up. I remained still and watched dust but saw a distinct difference with the orb looking like a ball of light. I made sure not to move my phone as not to create a reflection. I could not duplicate the ball of light.

While my plumber Karim was working on the house by himself under the house he thought he had someone down there talking to him.
He had his tools at the spot where he was working and went out to the truck to get more fittings and when he came back his drill and a roll of solder were missing. He looked around went back to the truck and couldn’t find either item. He drove to the store bought a new roll of solder, went back under the house and found his first roll of solder along with his drill in the same spot he left it.

Chuck describes the activity well. As you can see the sheet rock came flying down upon the floor. Drake the black Labrador freaks out with the living room door. That same living room door opens by itself. The blinds in the bedroom raise up on their own. I learn that the original owners died here. Karim had his tools vanish and then reappear and he has heard voices, people talking. So, as you can see this house has all kinds of ac activity. Special Note: Karim actually explained to the investigators his own experiences in this house.

Brent captures an EVP of a man saying his name is ‘Slim’. The occupant Chuck believes that there was a former occupant with the nickname Slim. Brent receives intelligent flashlight communication. Kim had a personal experience, she felt something brush up against her leg. Many of the investigators are capturing designer orbs, moving orbs, cluster orbs, blizzard orbs. None of the orbs are proved to have intelligent movement. The biggest evidence so far is the Slim EVP and the intelligent flashlight communication witnessed by other investigators. We captured some Darth Vader breathing EVPs – inconclusive. Investigators claim that there was no one near the recorder when the breathing EVPs were captured.

Brent, Deanna and Melissa felt dizzy after this second round. Did the entities drain their energy? Jon captures an orb that had a face in it, but the occupants were not able to recognize the face. Brent said he was feeling something negative in the back house, he felt dizzy. Jon K felt something following him around. All of the investigators experienced batteries draining in their equipment. Deanna found a Barbie doll buried in the ground and when she cleaned it off and placed it on shelf, it freaked out the investigators, because they did not realize she did it, everyone had a good laugh. There was gang graffiti in the back house, which could have brought on the negative energy in the back house. Some of the graffiti in the back house was gang related and a drawing of a bird with 5 rays off of its head. Brent had a multitude of personal experiences while in the back house, see his comments on Maxam Mysteries.

Yes, this home is definitely haunted. The ‘Slim’ EVP was the icing on the cake. Along with the personal experiences that the investigators were having, I must say something was definitely going on in this home.