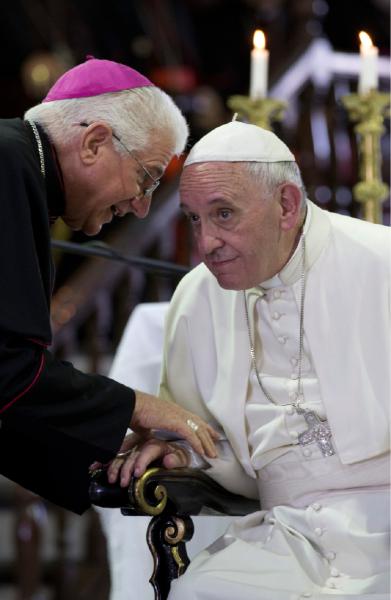 Lest the reader think I’m simply speaking of Pope Francis comforting a little boy who lost his dog when he said he’d see his dog in heaven, here is the theology: “Eternal life will be a shared experience of awe, in which each creature, resplendently transfigured, will take its rightful place.”

It’s easy to poke fun at such beliefs, but Francis is not being willfully naïve; he believes this stuff. He’s also playing to the crowd, to people’s sentiments (not just the little boy’s), as he so masterfully does.

One of the media sycophants, a columnist for the New York Times, proclaims: “It is Francis’ boundless compassion that has made him such a popular figure, even among non-Catholics…even—here’s the delicious irony—with many atheists.”

However, the only thing that attests to is that believers and atheists are two sides of the same coin.

I wanted to give Francis the benefit of the doubt, but then he told a group of bishops in the United States (referring to the pedophilia by priests in their charge): “I realize how much the pain of recent years has weighed upon you.”

“Weighed upon YOU?!” These are the same criminally negligent authorities that covered up the crimes, transferred the pederasts into other parishes without notification so they could fiddle and fuck up other children, and have fought adult victims tooth and nail in the courts.

What would Jesus do? He’d raise holy hell.

This pope isn’t serious about his “healing mission,” or he would begin with his own church. Jesus would have nothing to do with the Roman Catholic Church, or any other Christian ‘brand’ for that matter.

Let’s move on, and take up the question of humanity’s relationship to the fellow creatures with which we share the earth.

On one hand, as Francis correctly says, in his encyclical on the environment: “We must forcefully reject the notion that our being created in God’s image and given dominion over the earth justifies absolute domination over other creatures. The Bible has no place for a tyrannical anthropocentrism.”

However that’s philosophical light years away from saying that humans, much less animals “enjoy eternal life.” That position, and all the baggage that goes with it, is bedrock Catholic theology, as I can attest having been inculcated with the claptrap for the first 17 years of my life.

The pope is not about to advocate for eating less meat, much less vegetarianism. Nor even, given his mastery of media theatre, will he do something symbolic such as making the Vatican cafeteria meatless. That would risk his popularity inside and outside the Curia.

I once heard a true religious teacher, when asked why he was a vegetarian, give a one-word response: “Pity.” Does Pope Francis’ “compassion” animals extend to not eating them? I doubt it.

The animal industry worldwide is a huge emitter of greenhouse gases, particularly methane from livestock. And that is on top of the amount of water, 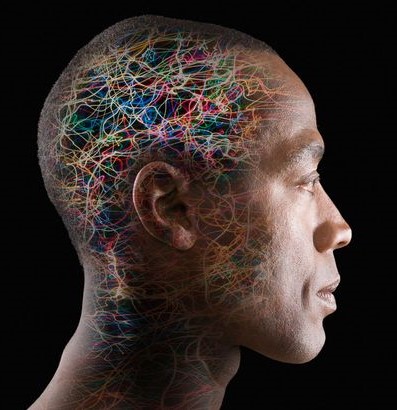 fuel and fertilizer required for meat-eaters to enjoy a burgher, much less a juicy steak.

In Seattle, President Xi Jinping proclaimed China’s success by ‘virtue’ of the increase in meat eating (including dogs, but he was referring to cattle and pigs). The world cannot feed, and the atmosphere cannot handle a billion more people consuming ribs and ribeyes.

Rather than trying to erase the difference between humans and other animals however (whether in this life or the imagined afterlife), the larger question is this: Does the human brain have a capacity no other animal’s brain has on earth?

We can explore that question without reverting to anthropocentrism—the idea that humans are the center of the universe and the goal of evolution.

Homo sapiens capability for destructiveness, so evident in our age, is matched by our capacity for transcendence, so buried under self-made darkness at present. That capability and capacity does not make us special, much less put humans at the center of the universe. But it does define a difference, and demand reflection on the immense power and potential of the human brain.

Ending time, standing on the ground of death, the absolute, and bringing the benediction are the most important things a human being can do. Ending time and entering the house of death while fully aware and alive, the sacredness that imbues nature and the universe flows into the human brain.

Only the human brain has the capacity on this planet to bring the benediction. It’s not a choice between believing in the “absolute domination over other creatures,” and the “shared eternal life of resplendently transfigured” animals and humans in heaven together.

We have to be done with theologies, and observe ourselves without separation. Then the true spiritual capacity of the human brain will be liberated.

Costa Rica To Try to Protect Sea Turtles During Nesting