Costa Rica To Try to Protect Sea Turtles During Nesting

Costa Rica News – Seems all the bad publicity that Costa Rica received for the tourists blocking sea turtles nesting in Ostional has the government of the land of  “pura vida”  in action. 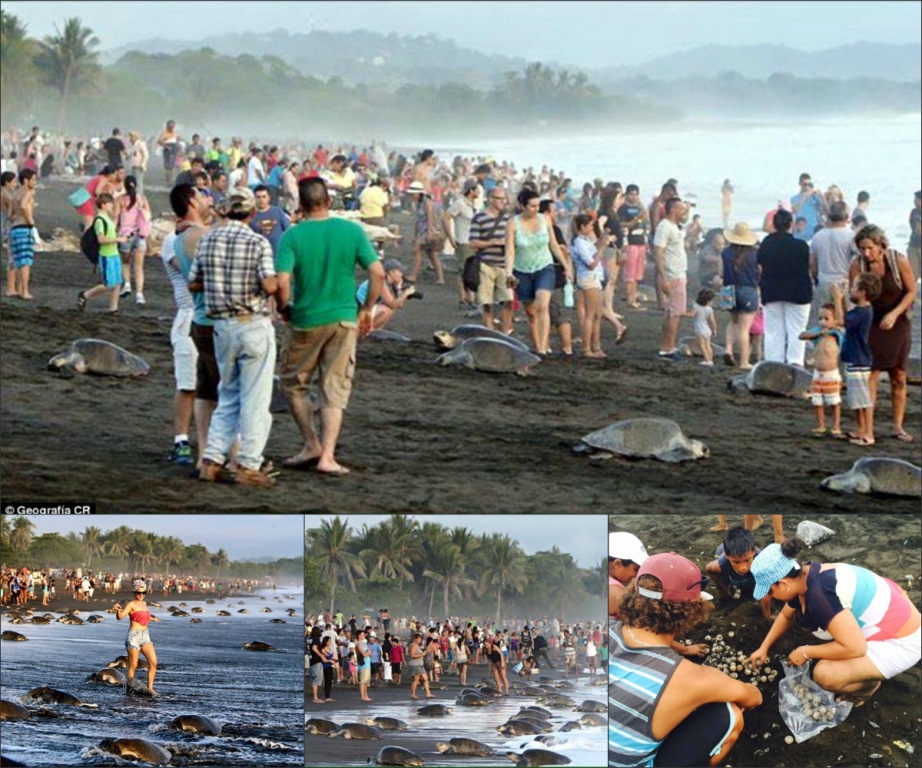 Two weeks after an onslaught of tourists disrupted thousands of olive ridley sea turtles nesting on a Costa Rican beach, the turtles have arrived again to lay their eggs. Absent this time were the selfie-taking tourists who had wandered among them, causing international outrage on social media and leading to stricter security measures.

“This time is way better because we have full control within our hands, so people are not going to disturb the turtles,” said Athziri Rojas, who is part of an association of local guides for Ostional Beach, on Costa Rica’s Pacific Coast.

The guides on duty two weeks ago were overwhelmed by the crowds, she said, but now they have the support of the local government and law enforcement to help secure the beach. “We won’t have a lot of people like in those pictures before,” Ms. Rojas said.

Since Tuesday, officials with Costa Rica’s Environment Ministry’s Workers Union have shut down four of the six entrances to the beach, and only tourists with guides and special wristbands are allowed to step onto the sand. The police are also monitoring the roads that lead to the beach.
Each tour group is limited to 10 people, including the guide, and they can view the mass nesting, known as an arribada, for 30 minutes; previously they were allowed an hour. Ms. Rojas said her group of 15 guides had led about 30 tours this week.

More than 100,000 turtles have arrived so far, according to the union. After the chaos of the last arribada, it hustled to publicize rules meant to ensure the safety of the turtles. Visitors must not touch the turtles or use flash photography, and they must keep a safe distance from the laying females. Nelson Marin, a representative for the Environment Ministry, said in a statement that the rules would be enforced into the weekend as more tourists are expected to arrive.

Arribadas occur on two beaches in Costa Rica once or twice a month between August and November, and last four to seven days. They typically coincide with the third-quarter moon, so the next event was expected the first week of October. That this week’s arribada came early illustrates the olive ridley’s unpredictability, said Roldán Valverde, a sea turtle biologist from Southeastern Louisiana University.

The hourlong beach visit that each female turtle makes is taxing, he said. When a turtle arrives ashore, it waddles through the sand until it finds a spot to nest. Then it digs a hole with its hind flippers about 15 inches deep and lays its eggs. The egg-laying process takes 13 to 17 minutes, according to Dr. Valverde, after which the female covers its eggs in sand and darts for the ocean. An individual female can lay up to a hundred eggs in a single clutch.

“The arribada behavior is such a unique and spectacular phenomenon that people should be able to witness, but it should be done in a controlled way,” he said.