The Debate on Machismo in Costa Rica

Costa Rica News – Congressmen and women are divided about the issue of whether or not there is male chauvinistic behavior being carried out and permitted in the Congress and among the peers. 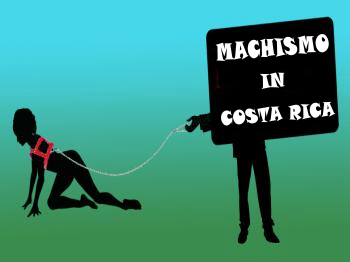 Some say inappropriate jokes are made. Others that hugs become uncomfortable.

There is also the accusation that there is discrimination in decision-making on gender issues.

Some colleagues say these and other examples of chauvinism are perceived every day. They say the men are arrogant and disrespectful to the women.

The legislative body has 20 women and 37 men, which adds to the friction. The friction is seen regardless of the political party represented.

One Frente Amplio member said that the parliament does not escape what happens in everyday society, which is often offensive actions and moods towards women.

A member of the Libertarian Movement claims that although there are inappropriate jokes told in the cafeteria this is common in society and therefore okay.

From Motihari to Costa Rica, The Journey of a Latin American Film Hero

Who is Ready to Try Zorbing in Costa Rica?

I was hoping (I guess against hope) that this sexist BS would end with the US election. As long as you continue pitting men against women you cannot have a free, democratic society. Men & women ARE different—no matter how you try to deny it. This is as stupid as fighting over a law saying you should have a penis to use a urinal. Why can we not let men be men & women be women—& both be glad of it?