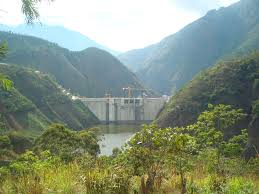 The project has literally been on the agenda for decades without any progress.

The indigenous of the area do not want it to be created. Without a consultation with them, the works for this 650 megawatt plant cannot begin. This is mandatory, since it requires the use of territories of native populations protected by the Indigenous Law and Convention. In May, 92 delegates from the eight indigenous peoples were brought together to draft a proposal.

Despite the complexities, ICE will not abandon the project. It remains firm on the idea that the plant is necessary in order to meet future electricity demand.

The Diquis may be important to adapt to climate change. It may be used for irrigation and human consumption, in the future.

The estimated cost of the plant goes up every year that the plan is stalled.

Bilingual & Looking for a Job in Costa Rica?