Costa Rica News – We all know how difficult it is to get a work permit or residency in Costa Rica, especially with all the new laws in place and the fact that the government changes the process every about 12 months requiring people to start the process all over. 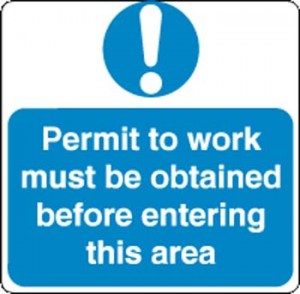 If there is something difficult to do in Costa Rica someone will make a scam in regards to that process.  You see them pop up all the time.  The passport stamp scam, the driver’s license scam, and now the work permit scam.  I know that most people in Costa Rica want to find the path of least work and resistance to reach their final goals, but just do it right and you won’t have to keep looking over your shoulder.

Professional Migration Police, in coordination with the Operations Unit of the Attorney General, yesterday morning raided a business that was making forged work permits for Nicaraguans and others.

Each permit was offered at ¢ 40,000 (about $80)  to foreigners. Most of the victims were approached by people in the operation in various parts of San Jose.

The alleged leader of the organization is named Hoffman and was arrested along with two alleged accomplices: one named Garcia and another identified only as Victor.

Authorities raided the house at 10 am  in Tibás, San Jose, where they found one of the suspects and falsified documents.

Officers seized evidence and is now being analyzed by police to link the suspects to the crime.

The agents of the Immigration Police have been investigating the case since last January, after receiving confidential information about a criminal organization that was involved in selling counterfeit residence cards and work permits.

Foreigners were made ​​to believe that the documents came from the Directorate of Immigration, however, when received in many cases they were nor accepted as they had no permits and the cards had no validity.

To find out more information about getting your work permit click here.