Costa Rica Entertainment – Are you looking for something to do with the family in the Heredia area of Costa Rica? A new theater is opening in the Paseo de Los Flores Mall to fit those needs. 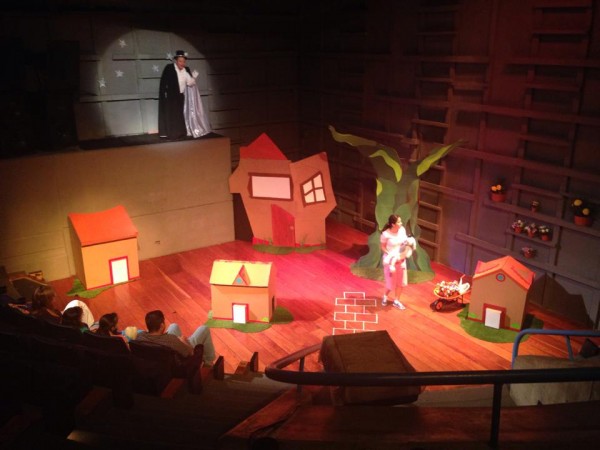 On November 27th on the second floor of the Paseo de Los Flores Mall in Heredia Teatro La Fortina will open its doors. It will be the perfect place to take the family to experience culture in the area.

The theater will offer theater nights to youths and adults from Friday to Sunday, Family weekends at 3 pm on Saturdays and Sundays, and even stand up comedy on Thursdays in December.

This is a great alternate to going out and seeing a movie.

“We believe that Heredia has a big thirst for theater. We have great directors, actors and small theaters in the area; what was missing was an ambitious project like this. Heredia is ready, “said Andrea Oryza, co-owner of the theater.

The first performance coming to the theater is called  “Fire in the Basement” from Czech playwright Pavel Kohout.

“Fire in the Basement” will be in presented until late December, then again between January and April.

For families, Teatro La Fortina will present “Wanted Family” by Mexican playwright Berta Hiriart. This is a children’s musical. It has puppets controlled by five actors on stage singing. This work will be on stage until February.