Costa Rica News – Costa Rica’s policy promoting sustainable forestry while maintaining food production has made the country a role model to those fighting deforestation, according to a report issued Tuesday by Inter Press Service just one week after a United Nations report found that 70 percent of deforestation in Latin America is caused by large-scale agriculture. 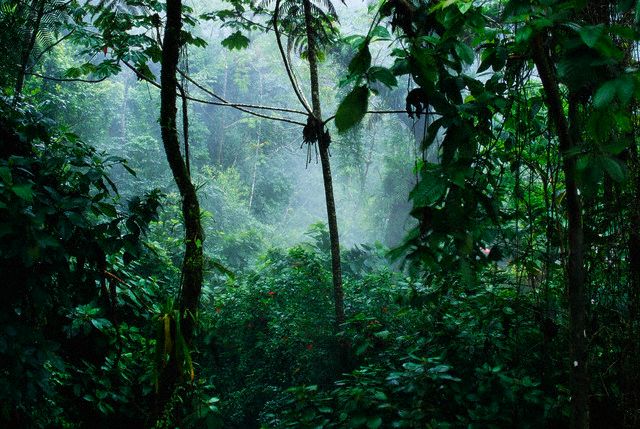 “What FAO mentions about the rest of Latin America, clearing forests for agriculture or livestock, happened in Costa Rica during the 1970s and 1980s,” Jorge Mario Rodríguez, the director of Costa Rica’s National Fund for Forestry Finance, or Fonafifo, said to the press agency.

According to the Food and Agriculture Organization’s report, the tropical countries lost 7 million hectares of forest a year between 2000 and 2010, while gaining 6 million hectares per year in agricultural land.

But Costa Rica’s rain forest actually grew from less than a quarter of the total country’s surface in the 1980s to more than half of the total surface today. Meanwhile, food production per person increased by 26 percent between 1990 to 2013.

“Agricultural development doesn’t necessarily require the expansion of croplands; rather, it demands the coexistence with the forest and the intensification of production by improving national farmers’ productivity and competitiveness,” said Ramírez.

While historically the idea of clearing forests was required to produce more food, in the long term forests are actually crucial for agriculture because they protect soil against erosion, conserve water and reduce the risk of floods.

The U.N. estimates that by 2050 the world will need to feed a population of more than 9 billion, up from 7.4 billion today. Yet 80 percent of arable land is already in use globally.

Costa Rican Athletes Are Not Happy With Olympic Village Conditions