Costa Rica News – Annabel Smith set off on the trip of a lifetime a month ago, little realizing it would turn into a terrifying ordeal. 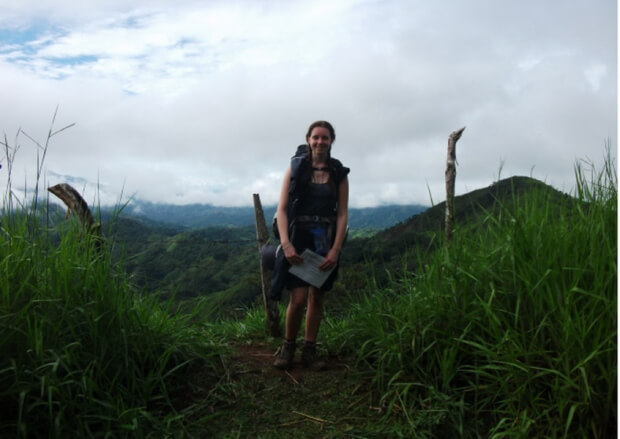 Now, she wants to warn others of the dangers of un-diagnosed adolescent heart conditions following her experience in the Costa Rican rainforest.

Annabel Smith, from Hambrook, went with the Government-endorsed NGO Raleigh International to Costa Rica, where she planned to work in national parks and trek in the rainforest.

But just one week in, her trip was ended due to a medical emergency.

“It was the first day of our trek and we had been going for about eight hours, walking constantly uphill in the heat, so it was by no means an easy ride,” she said.

“However after stopping for lunch, I suddenly collapsed, and lay weak for about two hours in the middle of a river – that was definitely not my finest hour or two.”

It was agreed, after two visiting nurses assessed her, that she could continue with the trek but she collapsed again later that day.

“At this point I was more confused than terrified as I had been resting, so I didn’t know what had caused it,” she said.

“The nurses were brilliant, and set up a makeshift hospital in the tent, complete with IV drips and a blood pressure monitor, however it was agreed that an ambulance would be called.”

After a night in a local hospital, Annabel was transferred to the capital San José, to a private hospital, where she underwent numerous tests, ruling out any possibility of the cause of the collapses.

“They tested everything, from CAT scans on my brain, to blood tests, to a tilt test to try to make me faint (again, not the most pleasant of experiences),” she said.

“It was a relief to find out that everything was normal and that after an overnight ECG, I should be free to go.”

However, at 3am, a ventricular tachycardia arrhythmia was found – in simple terms, a part of Annabel’s heart beat that was too fast for the rest of the heart to catch up.

It was then decided that, unfortunately, Annabel would have to be repatriated back to the UK, under the supervision of a UK doctor on the flight.

She said: “When I found out I was going home I was completely devastated, knowing how hard I had worked to raise the money for my trip, and the thought of leaving behind newly-formed friendships.

“It was an intense week in hospital, arranging with the insurance logistics, whilst hearing contradicting advice from cardiologists in the UK and Costa Rica about what treatment was necessary.

“The Costa Rican doctors were extremely keen to fit me with a portable IUD device, which would shock my heart back into a normal rhythm, something I have since found out would not have been suitable for my structurally normal heart.”

Back in the UK, Annabel was transferred to the Young Adult Cardiac Ward at Southampton General Hospital, where she underwent a cardiac MRI.

“After everything that had happened, I was expecting something abnormal to be found on either my portable heart monitor or on the MRI, however the cardiologists could find nothing at all,” she said.

“Despite this, I was fitted with a LINQ heart monitor, which detects any abnormal heart rhythms and automatically transmits the data to the hospital as a precaution.

“It was a huge relief that my arrhythmia could be classed as benign, and to know that I can now lead a completely normal life in the knowledge that my heart is completely fine and the collapsing can be put down to exhaustion.

“But this experience made me realise the utter importance of my health. I have become more aware of young people becoming seriously ill, or even dying, due to undiagnosed heart conditions, and although I don’t have one, it is reassuring to have been checked out, and I urge anyone with any worries regarding their heart health to get an appointment with their GP. It is much better to be safe than sorry.”

Annabel has already started making plans for a return trip to Costa Rica next summer, and has set up a fundraising page on fundmytravel.com under the title ‘Funding to help the preservation of the rainforest and their indigenous communities’.