World News – St. Louis authorities declared a state of emergency Monday as they prepared for a second night of protests marking a year since a police officer killed Ferguson teen Michael Brown. 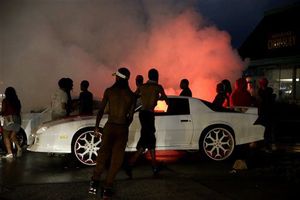 The move was announced by St. Louis County Executive Steve Stenger, who cited the violence that marred protests Sunday night in Ferguson.

“The recent acts of violence will not be tolerated in a community that has worked so tirelessly over the last year to rebuild and become stronger,” Stenger said in a statement.

As authorities girded for another tumultuous night, police arrested non-violent protesters outside the federal courthouse in St. Louis following a noontime march through the city’s downtown.

The demonstrators arrived at the Thomas F. Eagleton Federal Courthouse a half-hour after setting out from Christ Church Cathedral, pounding drums and shouting, “If we don’t get no justice, then they don’t get no peace.”

At the courthouse steps, clergy members encouraged the others to spread anointing oil — a symbolic effort to bring equal justice to people of all races. Several protesters, including Princeton professor and civil rights activist Cornel West, then hopped a temporary gate, linked arms and sat outside the building’s entrance.

“This is what democracy looks like,” the protesters chanted. 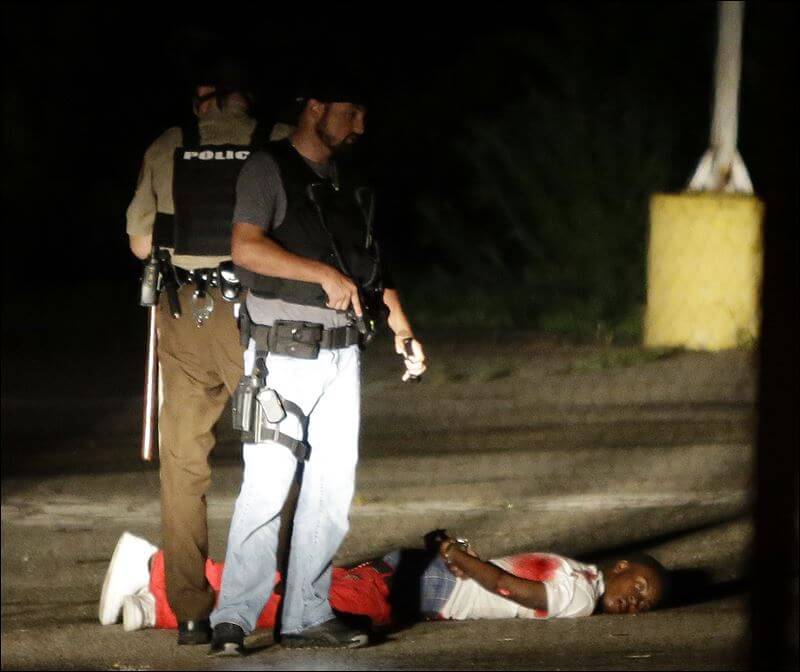 After about 20 minutes, a cadre of officers showed up and began taking them into custody.

A few miles away, in the city of Ferguson, business owners spent Monday morning cleaning up damage done by vandals overnight, when protests commemorating the anniversary of Brown’s death spun into violence, culminating with the shooting of a young man by plainclothes officers who said he’d shot at them.

“It’s stressful. It’s so frustrating,” said Dellena Jones, whose hair salon on West Florissant Avenue was ransacked. She had only recently begun to recover from damage suffered during looting that followed Brown’s death a year ago.

Last year, her young children were inside the salon when rocks and other objects came crashing through the windows, an experience that traumatized them. Jones said she had been crying all morning, trying to figure out how to reopen.

“I’ve been trying to keep going for my children,” Jones said. “So… failure is not an option.”

Waiting for a bus on West Florissant, Cecilia Williams said she was saddened by the renewed violence.

“This isn’t the way to solve anything,” she said.

Gov. Jay Nixon released a statement Monday listing the prior night’s mayhem: the police shooting, a drive-by shooting, burglarized businesses, an attack on a reporter, a drive-by shooting took place. “Those who terrorize communities with gunfire and commit violence against police officers are criminals, and their reprehensible acts must not be allowed to silence the voices of peace and progress,” Nixon said.