On April 13th, Georgia executed Kenneth Fults, who pleaded guilty in 1997 to killing his 19-year-old neighbor, Cathy Bounds. One juror told an investigator, “Once he pled guilty, I knew I would vote for the death penalty because that’s what that nigger deserved.” 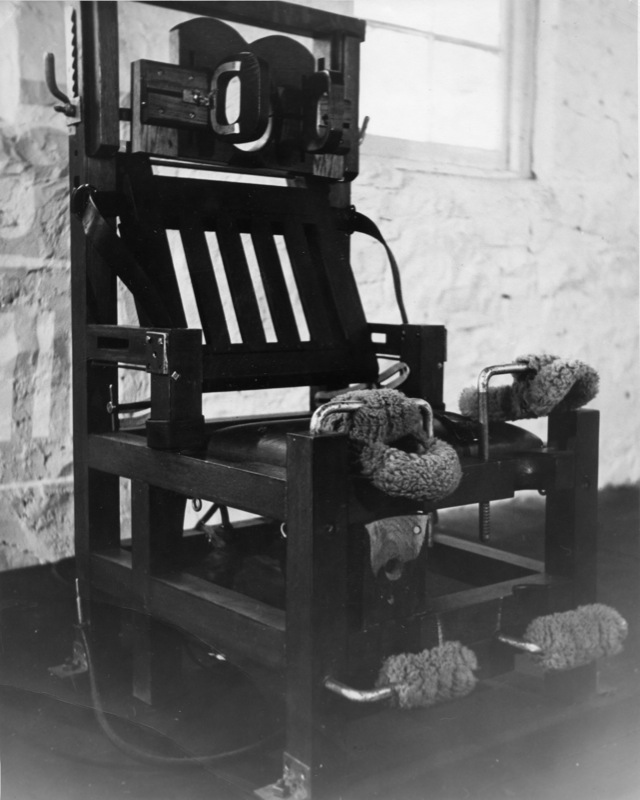 Since the death penalty was reinstated and Utah killed Gary Gilmore by firing squad on January 17, 1977, the United States has executed 1,434 people. (35% of them were African Americans, who make up 13% of the population) Besides the Gulf Wars, no other factor has contributed more to the spiritual death of America than these State-sanctioned murders.

When the State murders murderers, it makes accomplices of all its citizens. As the Los Angeles Times said in an editorial, “The reason to oppose capital punishment has to do with who we are, not who death row inmates are. The death penalty is inappropriate in all situations because it is unbefitting of a civilized society.”

The death penalty largely defines the cultural divide in America, reflecting sharply divergent worldviews by its defenders and decriers. But the debate is confined to secondary issues such as deterrence and fairness. That’s why nearly all the arguments for and against miss the point.

Whether carried out by hanging, electrocution, gas or lethal injection, when the State kills someone, it is an act of collective savagery that saps the spirit of a people and stains them with the very toxins they seek to extirpate.

Why is that so? Because when the State puts someone to death, the poison of an individual’s murder is spread throughout the society, and enters the bloodstream of the body politic, diminishing them and eroding the psychological, emotional and spiritual health of the people as a whole.

The erosion of civility, fellow feeling, and basic human concord in the United States in the last quarter century is directly related to the shadow of death that has progressively fallen over the land as the deadening drumbeat of executions have piled one on top another.

The atavistic impulses of hate and vengeance that give rise State-sanctioned murder are drawn from the same source as individual murder, even if they are called by the more palatable names of retribution and punishment. When the State kills, and it disperses throughout the land the toxins that give rise to despicable crimes in the first place, no citizen is immune from their effects.

To be a civilizing influence, the State must respond with humaneness to inhumanness. Indeed, the more vile the crime, the more necessary it is for the State to be civilized in its response. That is not some high-minded morality, or adherence to religious injunctions against taking human life. It is simply because that, the deterrence canard aside, the death penalty does not mitigate evil, but rather degrades a people, and thereby increases the inhumanity and barbarity of society.

Of course, it is an outrageous hypocrisy, in this supposedly religious country, that many of the same people who call themselves followers of Jesus and the Bible are the most ardent proponents of State-sanctioned murder. As journalist Michael Rowland said, “A large proportion of Americans are devout Christians, proudly living their lives according to the scriptures. But the commandment prohibiting killing is conveniently ignored when it comes to punishing people for serious crimes.” 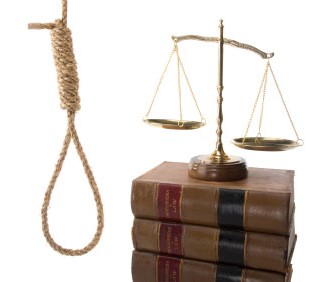 The primeval human reaction to violent crime is one of vengeance, retribution and punishment. However the State’s responsibility is to protect its citizens, not carry out their basest impulses. That’s why injecting the gut-wrenching emotions of the victims of violent crimes into the equation of justice is wrong and perverse.

In addition to prevention, redressing the wrongs perpetrated upon the victims of crime (as much as possible) must be at the forefront of the State’s prosecution of criminals. If not, the State is failing its citizens. Putting the emotions of victim’s families on the scales of justice doesn’t further that goal. If the desire for vengeance and retribution by the victim’s relatives are truly important factors in the equation, then the State might as well sanction revenge killings by the relatives.

The State, and its laws, are the expression of the entirety of the citizens that reside in a nation. The perennial question is, how are “law-abiding citizens” to deal with people who break the law, especially those who commit heinous crimes, such as cold-blooded murder, rape and pedophilia?

We need to rethink not only the primitive reaction of the death penalty, but also the entire notion of punishment, which is always tinged with retribution. At bottom, the choice is not between punishment and rehabilitation, but between vengeance and civilization.

If America wants to reclaim its soul, it can begin by abolishing the death penalty once and for all. It will never happen gradually.

FedEx Worker Falls Asleep On Plane and Ends Up in Texas