Costa Rica News – Maritime themes and President Luis Guillermo Solis do not go hand in hand. He has become the known enemy of tiburon sharks and shortly after fell into yet another controversy. 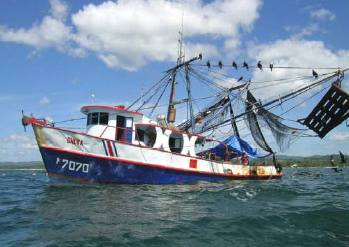 The Pacific artisanal fishermen are accusing his sister, Vivienne Solis, of taking advantage of her close familial tie with the president. She is a biologist and the founder of CoopeSoliDar.

She was responsible for drafting a bill that would allow shrimp trawls, which were originally banned by the Constitutional Court in 2013. The accusation is that she and President Solis are imposing their views on Incopesca.

Allowing shrimp trolls can help 300 people who benefit from them but it threatens the livelihoods of another 15,000.

When asked about these accusations, Ms. Solis stated that all roundtable discussions were transparent and she believes in her professional work that started much earlier than when her brother took office and will continue long after.