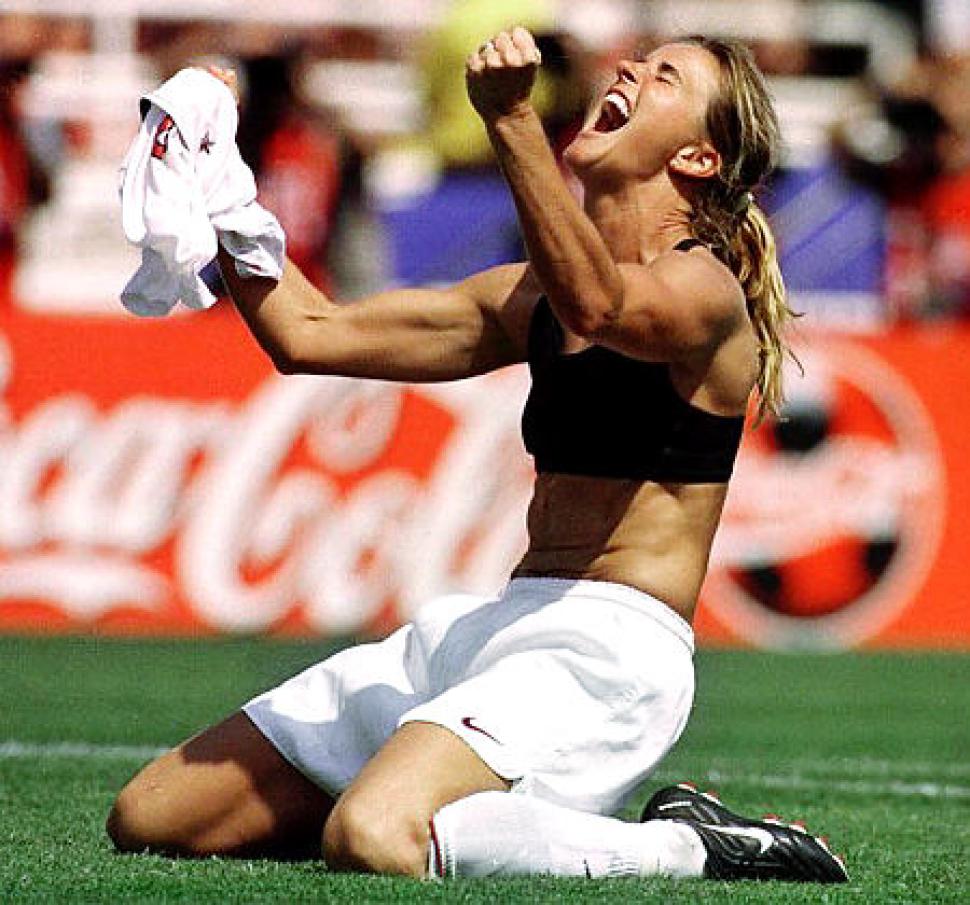 Brandi Chastain, who became America’s soccer-playing hero when she when she scored the game-winning goal for the U.S. against China in the 1999 World Cup final, is donating her brain to science, officials at Boston University confirmed Thursday.

Chastain’s gray matter is going to BU researchers studying chronic traumatic encephalopathy or CTE, a degenerative brain disease that has been found in athletes who suffered concussions during their careers.

“I’m not going to be needing it at the end of my life,” Chastain told USA TODAY Sports.

Chastain, who is 47 and retired from the sport that made her famous, said she hopes scientists can learn something from studying the brain of a woman athlete like her.

“Could we then use that information to help say that before the age of 14, it’s not a good idea to head the ball?'” she told the paper.

Chastain said she suffered two concussions while playing college soccer and sometimes “saw stars” but has not exhibited any CTE symptoms.

“I never had an official diagnosis of a concussion in my career,” she said. “But as you grow older, you sometimes say, gosh, am I losing my memory or did I used to forget when I went into a room what I went in there for? Could this be the start of something?”

“Brandi Chastain’s decision to donate her brain to further research is a powerful and courageous act that will ultimately improve the future health of female athletes, military veterans and other women who experience repetitive brain trauma,” McKee said in a statement. “We currently know so little about how gender influences outcome after trauma; her pledge marks an important step to expand our knowledge in this critical area.”

Just seven of the 307 brains that BU researchers have examined were from women and none were diagnosed with CTE, BU medical school spokeswoman Gina DiGravio-Wilczewski said.

Chastain landed on the covers of Sports Illustrated, TIME and Newsweek after scoring her game-winning goal when she tore off her jersey in celebration.