Costa Rica News – Criminals in Costa Rica only have to carry the burden of a criminal record for 10 years, the time before the conviction is erased after completing their sentence. 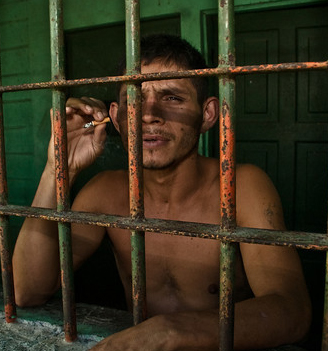 But, a proposed amendment to the Law of Judicial Records and Archives (Ley de Registros y Archivos Judiciales) seeks to erase the conviction from the criminal record once the sentence is completed or reduce the time it stays on official record, according to the crime.

The change is to allow ex-inmates to obtain work given once they have servied out their time. Most employers in Costa Rica require a “hoja de delincuencia” (criminal history certificate) from a prospective employee.

The proposal is remove the criminal history from certificate for the purpose of a job hunting, except for persons convicted of organized crime, terrorism, sexual offences involving minors, homicide and crimes against the civil service. Those convictions would remain on the criminal record for ten years.

The proposal treats women differently, especially women living in poverty or vulnerability (ie. heads of households), their criminal record would be erased at the termination of the sentence, regardless of the crime.

The bill was presented in November 2011 by then PLN legislator Oscar Alfaro. However, over the years, the original text was modified. The current version was approved last February 25 by the Legislative Commission on Human Rights (Comisión de Derechos Humanos de la Asamblea Legislativa) and has the support of the current administration.

According to Deputy Minister of Justice and Peace, Marco Feoli, the proposed amendment is essential and has the support of all legislative factions.

“We are getting people out of jail to behave well, but are being branded (by the criminal record) that will hinder they behaving well because it is difficult to get work,” said Feoli.

He added that countries like Peru and Spain also adopted similar reforms.

As expected, the business sector is against the bill.

Rónald Jimenez, president of the Costa Rican Union of Chambers and Associates Private Business Sector (Uccaep), is one who has publicly said he will not support the bill, saying employers have the right to about the criminal background of those they hire.