Costa Rica News – Recently Costa Rica had come forth with a plan to put a domestic carbon credit market in place. That idea has now been signed into law by Laura Chinchilla.The president officially created the Domestic Carbon Market by signing the decree DAJ-62-2012-MINAE. 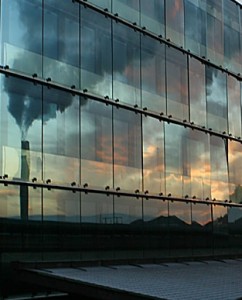 The purpose of this new market is the idea that businesses interested in reducing and offsetting their carbon emissions are able to do so by acquiring Costa Rican Compensation Units (CCU). This is to try to hit the carbon neutrality goal set for Costa Rica  for 2021.

The money raised through the UCC would be invested in reforestation and environmental protection as well as projects aimed at reducing emissions and energy efficiency.

Apart from describing the operation of the market, the bill creates a Carbon Board which will be responsible for managing this market as well as keep track of projects and transactions.

Ok now that we have the smoke and mirrors in place lets think about what this just allowed the Costa Rican government to do.  For anyone that does not see this ending up in more corruption and chorizo (payoffs and kickbacks)you have been blinded.

Let’s go Through the Thoughts on This……..

1. What signs has Costa Rican shown that they care about their environment? Shark finning going on in their waters and a brand new stadium near their capital. Jairo Mora. Sea Turtle Egg poaching and drug trade. Sewage filled rivers flowing to their oceans. Illegal fishing. The list goes on and on and yet they assume that we are all dumb enough to think that they are going to use this money coming in for the carbon credits to start actually addressing some of these issues and replanting trees? When was the last time the Costa Rican government spent money wisely when it comes to environmental protection or projects in the country?

2. There are global carbon credit markets that already grant carbon credits for projects and businesses that show they are offsetting their carbon emissions. Yes the costs involved are sometimes high and the process can take a while but that is because they do a complete assessment of the entire project or business. Plus if a business wants to buy carbon credits they again they can do so in one of the global markets.  This local market is going to completely revolve around money.  It will become a joke very quickly when the word gets out that local “carbon credit agents” are getting paid to both give faulty assessments of projects and/or sell carbon credits under the table.

3. While the goal of carbon neutrality in Costa Rica by 2021 has been pushed by the CR government for a while now, the truth is there is pretty much no way it is going to hit that date.   This means that it will need to offset all of the country’s carbon dioxide emissions in transportation, energy, everything – including agriculture, which represents a whopping 37 percent of Costa Rica’s emissions. Costa Rica has not yet started the large plantations needed for biofuel production which take time to grow and the logistics are not even in place. The Diquis hydroelectric dam is at a halt because of the fact it flood indigenous lands and does not look close to being resolved. There have been less than 250 hybrid cars sold in Costa Rica since 1998.  Again the list goes on and on……while the goal is great and steps should be taken to try to achieve this, it will not happen by 2021 and the government knows this……..so in comes it’s own Domestic Carbon Market to “save the day”. With all the behind the scenes things that will happen with this market they will try to make the world think they achieved the goal.

I am all for offsetting carbon emissions and thinking about leaving the world a better place for the next generation but this entire plan from the Costa Rican government seems to realize that they are about to start looking pretty silly in their quest to reach carbon neutrality by 2021 so they needed to put something in their hands to rigged the system and the results.

This program may seem like a good idea as it is being presented by government officials but I have my doubts.  The roads that CONAVI and MOPT construct fall apart. The hydoelectric dams have broken parts that were not insured by ICE. After the stadium was turned over from the Chinese to CR the roof has caught on fire and the track is not getting maintained. What signs has this government given that they will be able to efficiently use the money that comes in from this Domestic Carbon Market and implement functioning projects?

The only way I would trust this is if the money went directly to a company that specializes in projects involving reducing emissions and energy efficiency. Putting the money in any CR government entities hands would be a huge mistake.

A Tale of Surfing for the First Time in CR