Costa Rica News – A local carbon market will exist soon in Costa Rica, according to the Costa Rican Minister of Environment and Energy, Rene Castro, whose aim to reduce emissions. Ms. Castro informs us that they have already made a road map for the market they seek to create. 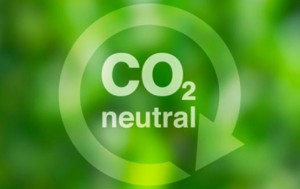 The base price has already been defined as $3 per Costa Rican Compensation Unit (UCC). That amount is equal to a tonne of carbon dioxide and UCC will be a title within the MDVCC, the Voluntary Carbon Domestic Market of Costa Rica.

The market will allow a way for individuals, interest groups, and businesses to purchase carbon units to offset their own emissions of greenhouse gases. One may certify an environmental project to determine the carbon effect it has.

This effort is being conducted to strengthen the environmental responsibility of the country and to become the world’s first carbon neutral country, a goal they hope to achieve by 2021. A board will be created later in the year to work on the UCC market abroad.

Upon hearing this news the only thing I could think of was that this is quickly going to turn into a scam here in Costa Rica.  Multiple call centers are going to open up to “sell” Costa Rica Carbon credits.  When these businesses try to apply these scam carbon credits the business will have disappeared and reformed under another name.

This will also probably turn into a place where government officials working in this sector will be able to accept kickbacks from companies for carbon credits.

If anyone calls you from Costa Rica selling carbon credits and offering some sort of ROI for purchasing them be careful.  Make sure you go through the right channels in Costa Rica and sit down with them face to face before making any sort of investment in this or anything else in Costa Rica.

The legal system in Costa Rica has an assortment of loopholes that the scammers know will let them off the hook if taken to court.

Although the local carbon market has just been approved, the local scammers have taken note and are throwing up page pages shortly.