Rescuers took more than three hours to retrieve the body of a fisherman known simply as “Paizon.” He died when he was swept away by an ocean current after being shipwrecked on his panga with another fisherman. 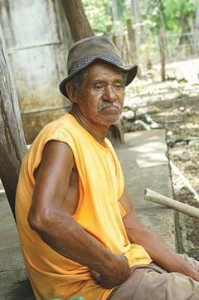 According to Jesus Sequeira Lopez, a fisherman who survived theshipwreck, he and his partner had gone to sea in the morning but the boat they were traveling in suffered a mechanical breakdown.

While adrift a sudden large wave capsized them and dragged the dinghy away.

Luckily for Sequeira waves dragged him into some rocks saving his life, while his friend, not so lucky, was drowned in the misadventure.

“My friend swam, but the waves were becoming larger, and he could not take it anymore. It is unfortunate what happened, because he was like my brother, “said Sequeira.

Later, Red Cross officials and some area scouts set about finding the body of the victim which was lodged between some rocks. The rescue lasted more than three hours as the ascent was very steep. The victim’s proper identity was not revealed.